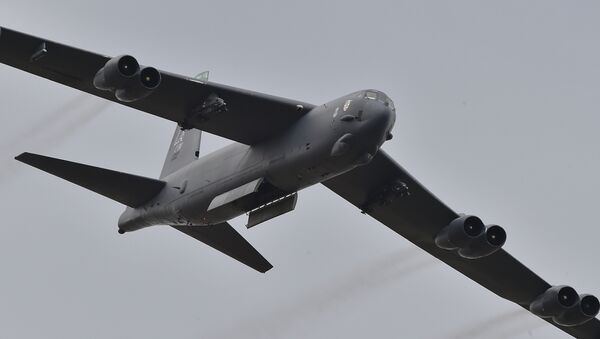 A new Government Accountability Office report says that US satellite terminals to ensure communications with nuclear bombers do not yet exist and have been delayed indefinitely.

WASHINGTON (Sputnik) — US satellite terminals to ensure communications with nuclear bombers do not yet exist and have been delayed indefinitely, a new Government Accountability Office (GAO) report said.

The terminals were planned to be part of a massive nuclear command, communications and control (NC3) system, the GAO explained.

US Modernizing Key Nuclear Bomb Amid Funding Concerns
The NC3 was supposed to be comprised of numerous land, air and space-based components, the GAO noted, that tie together nuclear forces and their commanders all the way up to the White House with “survivable, secure, and enduring communications through all threat environments.”

The GAO chose to focus on these key NC3 programs because they “are among the largest… in terms of estimated cost and… critical capabilities,” the report said.

In its investigations, the GAO interviewed numerous officials from the US Air Force, the US Strategic Command, the Defense Information Systems Agency, Air Force Global Strike Command as well as Johns Hopkins University Applied Physics Laboratory and other relevant agencies, it said.