EU 'Making Fool of Itself' by Following US Policy on Cuba 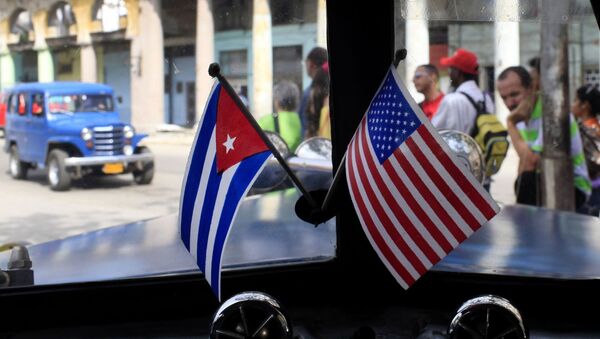 European Union made a fool of itself for following Washington's line with regard to Cuba, said former EU lawmaker.

Cuba Casts Cloud Over Summit After Denouncing Sanctions Against Russia
MADRID (Sputnik) – The political dialogue between Cuba and the European Union was officially restarted in April 2015, with Havana and Brussels starting talks on a bilateral agreement on Political Dialogue and Cooperation in April 2014.

Havana and Brussels are participating in the fourth round of negotiations to improve political dialogue and cooperation on Monday and Tuesday.

"The EU shouldn’t have to wait for more rounds of negotiations to terminate the so-called ‘common position’ and treat Cuba like any other state in the world," Meyer said.

In June 2008, the European Union lifted the sanctions it had imposed on Havana five years earlier when over 70 opposition figures were arrested in Cuba.

The Cuba-EU political dialogue takes place amid a thaw in the island's relations with the United States.