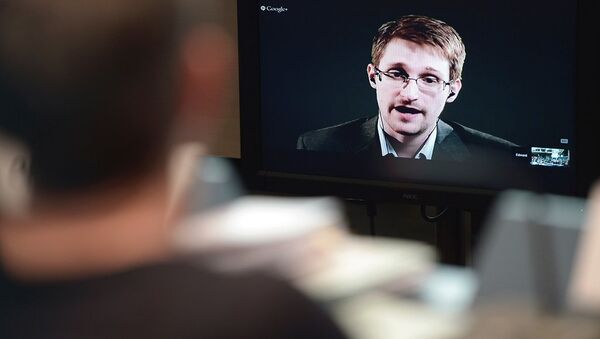 The British government has been accused or ramping up its rhetoric on security issues as the Prime Minister prepares to introduce a new surveillance law.

The Sunday Times has reported that Britain has been forced to pull out MI6 agents from live operations in "hostile countries" after Russia and China cracked a "top-secret cache of files" leaked by former US National Security Agency contractor Edward Snowden. The article cites unnamed senior officials in Downing Street, the Home Office and the security services as sources.

The most contemptible cowards are the officials who like to smear people while hiding behind anonymity (& the journalists who help them).

It’s like being smeared by a ghost with a substance that you can’t touch #Snowden @ggreenwald https://t.co/Tb05t9TZnB pic.twitter.com/989sa6AmbG

But according to campaigner, lawyer and journalist Glenn Greenwald, who worked with Snowden to help him blow the whistle on American and British surveillance:

"Just as the conventional media narrative was shifting to pro-Snowden sentiment in the wake of a key court ruling and a new surveillance law, the article […] claims in the first paragraph that these two adversaries [Russia and China] 'have cracked the top-secret cache of files' stolen by the US fugitive whistleblower Edward Snowden.

"The entire report is a self-negating joke. It reads like a parody I might quickly whip up in order to illustrate the core sickness of western journalism."

The new surveillance law, dubbed the Snoopers' Charter — also known as the Investigatory Powers Bill — would allow the police and security services greater access to communications data. The controversial legislation will give police the power to vet conversations carried out online by suspected extremists.

Would the ppl supporting the #SnoopersCharter be okay with police randomly searching their home? Just to explain it in other terms���� #bbcqt

The Snoopers' Charter isn't proving too popular with civil liberties campaigners who claim it paves the way for mass surveillance of UK citizens.

According to the Center for Research on Globalization, an independent research and media organization based in Canada: "The Conservative government in Britain is preparing to enact new legislation that, under the guise of the 'war on terror' will vastly expand police state powers and essentially criminalize speech and other political activity.

"Presented officially as an anti-terrorism bill, the proposed measures will be targeted at any popular opposition to the government's policies of aggressive militarism abroad and austerity measures in Britain."

Reviewing the British government's surveillance legislation, David Anderson QC, recommended that judges, not ministers should authorize the interception of communications.

This recommendation has already been rejected by Prime Minister David Cameron.