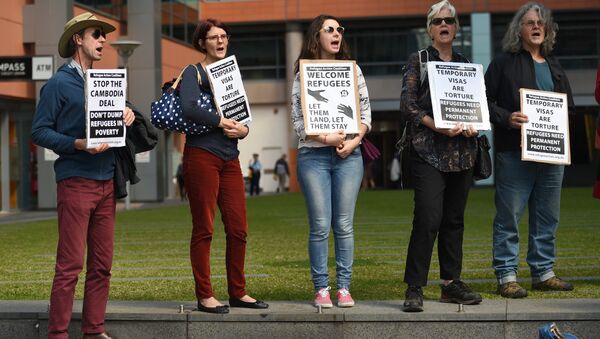 Africa
Eritrea on UK Radar for Oil & Gas While Human Rights Abuses Ignored by West
MOSCOW (Sputnik) — President of the Australian Human Rights Commission Gillian Triggs cited a number of laws adopted after the 9/11 attacks that violate freedoms of speech, association and movement, the right to a fair trial, as well as prohibition on arbitrary detention, by granting excessive powers to the government.

"Over the last 14 years or so, the major political parties have agreed with each other to pass laws that threaten some of the most fundamental rights and freedoms that we have inherited from our common law tradition," Triggs said, in a lecture dedicated to the 800th anniversary of the Magna Carta.

Triggs stressed that she has cited only a few examples of the excessive powers the Australian government has granted to itself, and that there are several more that have so far attracted little public attention.