MI6 Recalls Secret Agents From Abroad for Fear of Uncover by Russia, China 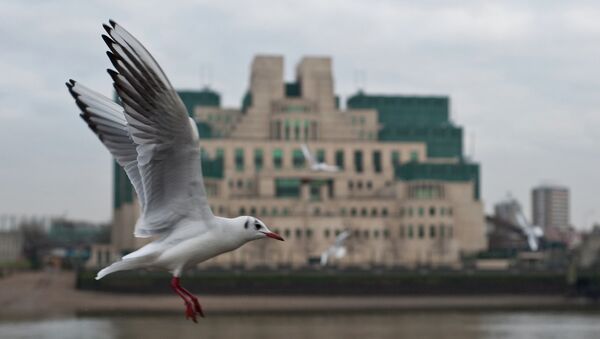 The British Secret Intelligence Service, MI6, has withdrawn its agents out of live operations in foreign countries as they could allegedly be identified by Russia and China with the help of files stolen by former US National Security Agency (NSA) contractor Edward Snowden, The Sunday Times reports.

MOSCOW (Sputnik) – The newspaper claimed on Sunday citing senior British officials that Moscow has gained access to over 1 million classified files that contain details of secret intelligence techniques and information that could be used to identify British and American spies.

A senior Downing Street source told The Sunday Times that "agents have had to be moved and that knowledge of how we operate has stopped us getting vital information," although there is "no evidence of anyone being harmed" as a result of the reported leak.

However, a senior UK Home Office official told the newspaper that Snowden has "blood on his hands," as British agents have been targeted after China and Russia allegedly cracked Snowden’s encrypted files.

Edward Snowden leaked details about secret US and British spying programs in 2013 after he fled the United States for Hong Kong. He passed the information to the Washington Post and Guardian newspapers.

The United States accused Snowden of theft and unauthorized distribution of classified information, a felony under the US Espionage Act.

In June 2013, Snowden arrived in Moscow's Sheremetyevo airport, staying in its international zone for over a month, before receiving a one year temporary asylum in Russia, which was later upgraded to a residence permit valid until 2017.

WikiLeaks founder Julian Assange said in April that neither Russian nor Chinese secret services were involved in Snowden’s arrival in Russia.