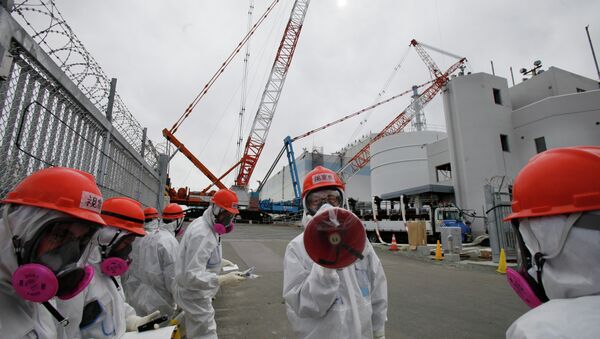 © AP Photo / Koji Sasahara, Pool
Subscribe
International
India
Africa
Japan will revoke evacuation orders for most of the people who were displaced by the Fukushima nuclear disaster so the government can save on compensation payouts and expedite reconstruction.

That announcement from the government on Friday was accompanied by news that it would wait to remove radioactive material at the wrecked Fukushima power station, Reuters reported.

Droids Face Off in Fukushima-Inspired Contest

While some areas have reopened, residents have been reluctant to return because of a lack of infrastructure and disbelief of government claims it is safe, Reuters reported. Others are resigned to never returning to their homes and businesses.

The government and Tepco, which received taxpayer bailouts in 2012, are ramping up cleanup efforts like never before. Still, those only cover towns closest to the plant; other areas will likely remain off limits for decades.

The Japanese government also approved a revised "roadmap" for decommissioning the plant. The revisions call for the removal of spent nuclear fuel from specific areas to take place up to three years later than originally planned, Reuters reported.

The government cited the high level of radiation in those areas and the difficulty of the operation as reasons for delaying the cleanup.

Despite the revision, the government did not change its goal to complete the decommissioning work in 30 to 40 years.

Tepco has removed 400 tons of spent fuel as a part of a year-long operation that was a rare success for the operator, which has experienced multiple setbacks, Reuters reported.