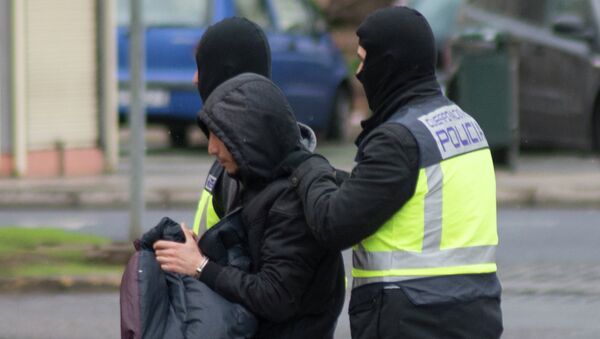 Morocco’s intelligence services on Thursday broke up an Islamic State-affiliated terrorist cell that planned a series of kidnappings and killings on Moroccan soil, the government said on its website.

MOSCOW (Sputnik) — The group, based in the northeastern Moroccan city of Berkane, consisted of seven members who "had paid allegiance to a so-called Calife at the Islamic State terrorist organization," the statement said.

They were plotting to kill and abduct tourists and local people who do no "share their ideas," according to the Interior Ministry. All members of the cell underwent intensive paramilitary training, it claimed, and were geared for assaults on security officers and military officials.

North Africa’s Morocco lies dangerously close to ISIL-infested regions in the continent. A number of radical Islamist groups in North Africa have sworn allegiance to the brutal ISIL militant group after it took over large swathes of land in Syria and Iraq in 2014.