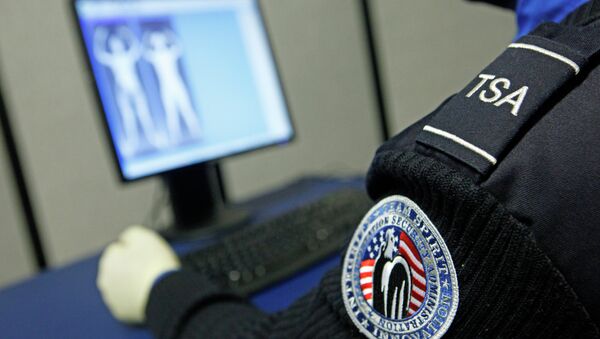 Some 5 percent of respondents are "very confident" in US Transportation Security Administration (TSA) agents' ability to catch a terrorist attempting to board a plane, a YouGov poll revealed Thursday.

MOSCOW (Sputnik) — In a survey of 1,000 US adults conducted on June 3-4, 5 percent of respondents expressed active confidence in TSA's ability to intercept a suspected terrorist, against 38 percent who were "somewhat confident." A total of 45 percent were either not very confident or not confident at all.

The survey came out three days after dozens of airport employees were detected to have had links to terrorist activities and a week after TSA employees failed nationwide internal security tests.

The TSA has a budget of more than $7.2 billion for fiscal year 2015, according to the DHS. TSA has spent $540 million for checked baggage screening equipment and $11 million for training since 2009.

The TSA was created after the September 11, 2001 terrorist attacks on the United States. The purpose of the agency is to secure US air, road and rail transportation.