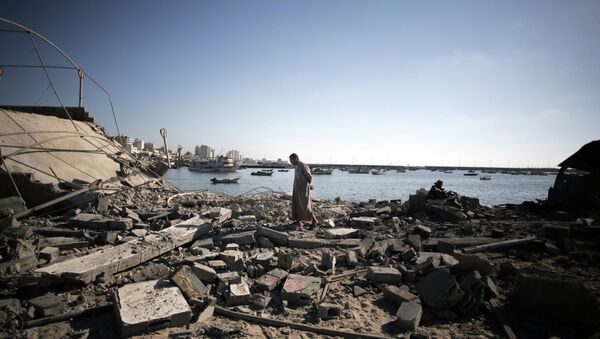 The Israeli Army on Thursday said it was dropping its investigation into a July 16 bombing of a beach in Gaza that killed four children during last summer's war.

"The… case has been closed following the completion of a criminal investigation," the office of the Military Advocate General said in a statement.

Cousins Ahed Atef Bakr, age 10; Zakaria Ahed Bakr, 10; Mohamed Ramez Bakr, 9; and Ismail Mohamed Bakr, 11, were playing on the beach in Gaza City when they were hit in strikes.

The investigation was closed after the Advocate's office decided there was no reason to suspect the soldiers who carried out the strike broke the laws of war.

The office announced that it had also closed two other cases involving Palestinian deaths in the fighting, but that a criminal investigation had been launched in an attack on a cafe in which nine died.

The bombing which killed the cousins was witnessed by journalists staying at a nearby beachfront hotel.

William Booth, of the Washington Post, heard the firing of an incoming round, which struck a small fisherman's shack on the quay.

"Then we saw a gang of kids running from the shack, down the breakwater and onto the sand, hurtling toward al-Deira. A couple of waiters, the cook and a few journalists started waving at them. Run here! Then a second strike landed right behind them."

While some kids made it to the hotel, others were left injured, bleeding and terrified. The cousins, whom Booth said he saw play on the beach every day, were unable to make it to safety.

"On the quay, ambulances took away four more. They either died on the pier or at the hospital, I am not sure."

At the time, the Israel Defense Forces called the boy's deaths "a tragic outcome," saying the target of the strike was Hamas, which the IDF blamed for its "cynical exploitation of a population held hostage."

The Palestinians are likely to present the incident, among others, to the International Criminal Court as evidence of alleged Israeli war crimes.

But the Israeli military has expressed confidence that its own internal probes will be sufficient to head off action by the Hague-based court.