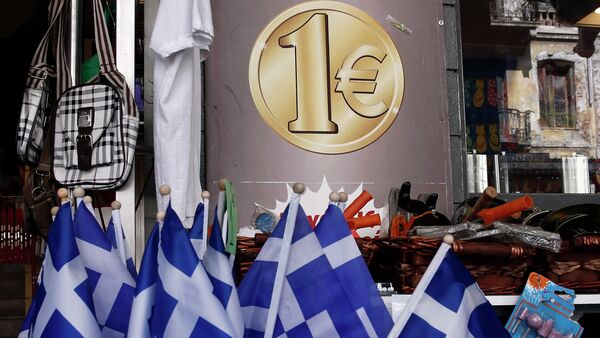 The Greek delegation is ready to fast-track bailout negotiations with its international creditors in Brussels in order to reach an agreement as soon as possible, Greek government spokesman Gavriil Sakellaridis said Thursday.

IMF Considers Greek Pension Reform Key Sticking Point in Bailout Talks
ATHENS (Sputnik) — Greek negotiators are in Belgium for last-minute talks to hammer out a deal that will unlock a new tranche of financial aid for the cash-strapped Greek economy in exchange for more austerity and cuts in social spending. The current bailout deal expires at the end of June.

"As decided, the Greek delegation is ready to intensify consultations for the soonest agreement, which could be achieved in the next 24 hours," the spokesman said in a statement.

Earlier in the day, the International Monetary Fund (IMF) left the talks between Athens and its major lenders because of what it termed a "lack of progress." IMF spokesman Gerry Rice said negotiators were unable to settle differences in key areas.