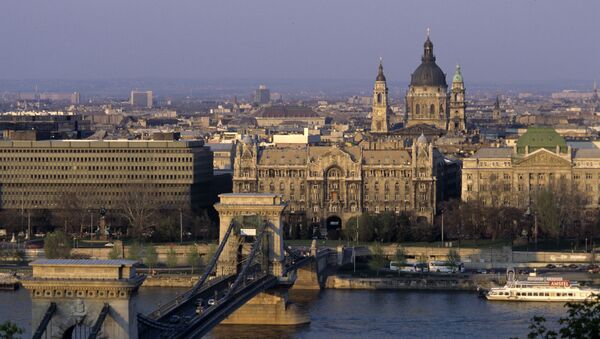 While China's Silk Road initiative is usually associated with China's neighboring countries, Beijing has repeatedly highlighted the importance of Europe for its "One Belt, One Road" strategy, Shannon Tiezzi noted.

While promoting the "One Belt, One Road" initiative, China's government officials underscored that they see the Silk Road as 'a new Eurasian Land Bridge' and that it will be incomplete without the participation of European states in the project, stressed Shannon Tiezzi, an expert in China's foreign and domestic affairs and a former research associate at the US-China Policy Foundation.

"While the Belt and Road are often discussed primarily in the context of China's near neighbors — particularly Southeast and Central Asia — Beijing has long been clear about the importance of Europe, particularly Central and Eastern Europe, to the project… Likewise, the official action plan for the Belt and Road, issued by Chinese government agencies in March 2015, described the Silk Road as "a new Eurasian Land Bridge" that "focuses on bringing together China, Central Asia, Russia, and Europe," the expert pointed out.

Silk Road Extends to Minsk as China and Russia Agree EEU Cooperation
Shannon Tiezzi stressed that according to Beijing's plan, Central and Eastern European (CEE) countries "have a special role to play." Citing Xinhua, the expert noted that Chinese companies have already invested more than $5 billion in CEE countries in such fields as energy, infrastructure and machinery.

"CEE nations will be essential links in the Belt and Road Initiative," the Chinese media outlet reported as cited by the expert.

Power of Gold: China Establishes Its Largest Gold-Investment Fund
During the China-Central and Eastern European (CEE) Leaders' Meeting in Serbia in December 2014, Premier of the State Council of the People's Republic of China Li Keqiang stressed that the Silk Road project would be exceptionally lucrative both for CEE states and Beijing.

Li Keqiang noted that China can play a substantial role in infrastructure projects in Central and Eastern Europe "under the aegis" of the Silk Road initiative, Shannon Tiezzi pointed out.

On other hand, when China's President Xi Jinping toured Europe in April 2014, visiting the Netherlands, France, Germany, Belgium, he persuaded the leadership of the countries to work together to combine EU policies with the China-led initiative.

New Silk Road vs TPP: East and West Enter 'War' For Dominance in Eurasia
Besides Xi Jinping's diplomatic charm offensive, Chinese investment in Europe has already reached $18 billion, doubling from 2013 to 2014, according to US law firm Baker and McKenzie, the expert emphasized.

Shannon Tiezzi drew attention to the fact that Hungary has become the first European nation to ink a memorandum of understanding (MoU) with China on promoting the Silk Road initiative. The memorandum was signed during the summit between Chinese Foreign Minister Wang Yi and Hungarian Prime Minister Viktor Orban in Budapest on Sunday.

However, "the Silk Road in Europe was alive and well before Hungary signed the MoU on Sunday — and it will only continue to grow as more government agreements officially tie existing investments and initiatives to China's Belt and Road strategy," the expert underscored.