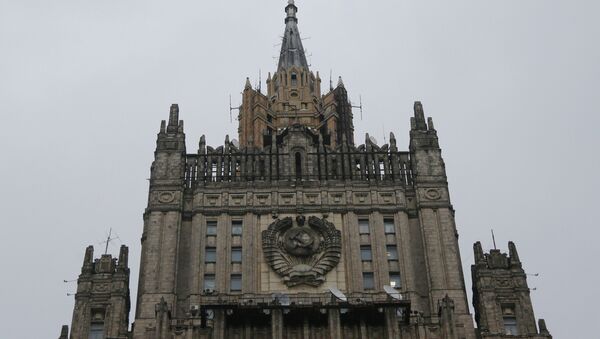 Russia is ready to serve once again as mediator for a dialogue between top members of Palestine's political movements after the success of intra-Palestinian talks held near Moscow in 2011.

MOSCOW (Sputnik) — Fatah and Hamas have been embroiled in a 10-year political standoff after a power sharing dispute that left Fatah in control of the West Bank and Hamas in control of Gaza.

"You know that in 2011 we held intra-Palestinian talks near Moscow… Now we are generally ready to repeat what was a positive experience, in our opinion," Bogdanov told reporters.

Top members of Palestine's political movements, including Fatah and Hamas, met in Russia in May 2011, and reiterated their commitment to resolve internal disputes and achieve consolidation.

Moscow has expressed active support for intra-Palestinian reconciliation and the establishment of a "geographically continuous and viable" Palestinian state based on 1967 borders.

Prague Ready to Host Israeli-Palestinian Peace Talks
On Thursday, Bogdanov, who co-chairs regular Russian-Palestinian working committees, kept open the possibility of holding another round of talks between the fragmented Palestinian parties.

"It all depends on the Palestinians' will," the Russian deputy foreign minister said.

Palestinians seek the recognition of their independent state on territories partially occupied by Israel after the 1967 Six-Day War, including the Gaza Strip, the West Bank and East Jerusalem.

The State of Palestine is recognized by 135 of the 193 UN member states, including Russia.