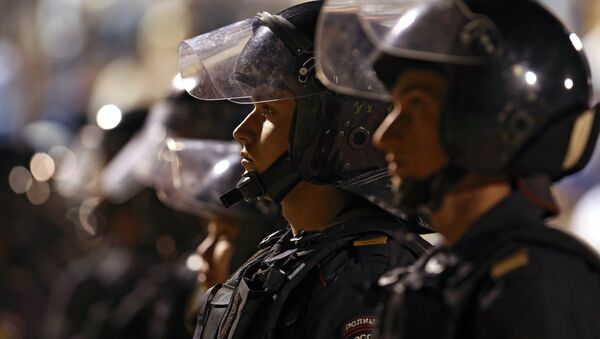 US Federal Jury Indicts 14 Members of Baltimore’s Most Influential Gang
MOSCOW (Sputnik) — Moscow police has broken up activities of 39 ethnic criminal groups in a massive week-long sweep through the Russian capital, the head of Moscow police press service said Thursday.

"In the period between June 4 and June 10, activities of 39 ethnic criminal groups were stopped. Some 227 active gang members were detained, 65 were arrested," Andrei Galiakberov said.

The spokesman added that police carried out 446 searches, confiscating 3.5 kilograms (7.7 pounds) of drugs and 63 firearms during the week of raids.

Moscow police say the busted gangs were traced back to more than 200 crimes, including three murders, 16 armed assaults, and 25 robberies, as well as burglaries and car thefts.

A source in the know told RIA Novosti the crackdown was ordered directly by Anatoly Yakunin, the head of the Moscow police.