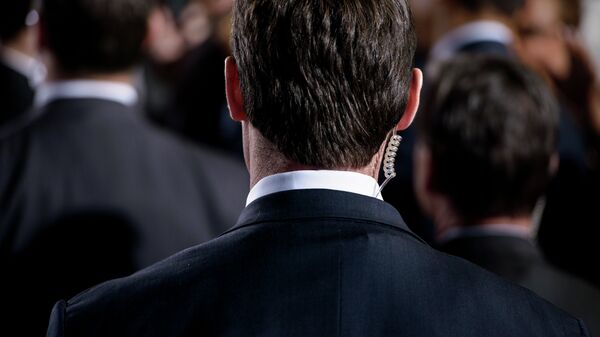 A recently married junior secret service agent has been placed on administrative leave after allegations that he was sexting after working an event attended by Michelle Obama on May 20.

The leaked conversation has called into question his possible distraction at the event, leaving not only himself (literally) exposed, but possibly the first lady exposed to potential threats.

The unnamed agent had reportedly met the young woman sext recipient at the event, and the duo had began flirting through texts which eventually turned sexual. He was off-duty, however, and on his personal cell phone during the conversation, and the texts in question were exchanged over eight hours after the first lady had delivered her speech and left the event.

The agent, who had recently married, was initially called out by the National Enquirer, but the Washington Post has confirmed the allegations made by the tabloid.

“Hi … it’s —- (Secret Service). Wanted to say it was a pleasure meeting you today. You helped make a routine assignment interesting,” the conversation began.

The not-so-Secret Service agent then asked about the woman’s plans for the weekend, to which she responded, “You and I didn’t have plans.”

The junior agent then kicked things up a notch, responding, “We need to change that. I want to taste your p—y.”

Things escalated even further when the agent sent the woman a photo of himself wearing the typical Secret Service getup, complete with bullet clip… and his penis exposed.

“As is our policy with any allegation of misconduct, the Department of Homeland Security Office of Inspector General (DHS-OIG) has been notified and this matter will be investigated jointly between the DHS-OIG and the Secret Service Office of Professional Responsibility. At this time, the individual has been placed on administrative leave pending further investigation,” a spokesman for the Secret Service told the National Enquirer.

Secret Service Fail: Alarm at President’s Home Broken for More Than a Year

The news comes at a time when the Service has been making headlines fairly often for their security flaws.

In January, a quadrocopter drone manned by a drunk and off-duty government worker landed on the lawn of the White House, causing a two-hour lockdown until the case of the mystery UAV was resolved.

In March, two Secret Service agents came under investigation after driving a government vehicle into White House barricades while officials were investigating a suspicious package. The agents had been drinking at a retirement party earlier that evening.

Last September, a man scaled the White House fence and made his way inside the mansion before being subdued by agents in the East Room.