US Calls on Vatican to Toughen Anti-Russia Stance Inadmissible - Kremlin 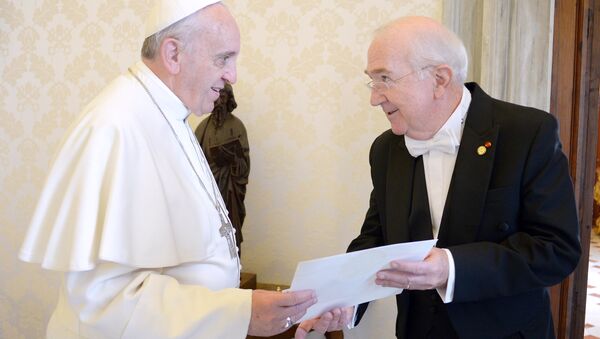 The US ambassador to the Vatican's calls for Pope Francis to adopt a harsher anti-Russia stance is a blatant attempt to suppress third countries' sovereignty, Kremlin spokesman Dmitry Peskov said Wednesday.

"It is perhaps a blatant case of an attempt to suppress the sovereignty of other countries. You cannot describe it any other way."

The US envoy reportedly answered a question at an unrelated briefing, where Hackett said "maybe this is an opportunity for the Holy Father to privately raise concerns."

Relations between Moscow and the West have suffered considerably since Crimeans voted in a referendum to rejoin Russia in March 2014, and the conflict in southeast Ukraine that erupted as a result of a political crisis there.