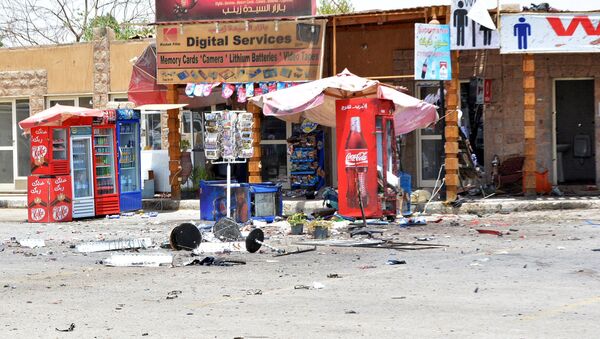 The Islamic State (ISIL) militant group on Wednesday claimed responsibility for a suicide attack at the Temple of Karnak in the historic Egyptian city of Luxor, CoptsToday news website reported.

The temple is one of Egypt’s most famous historic sites and second in popularity only to the Giza pyramids. It attracts millions of tourists every year.

Egyptian police said earlier in the day that three suicide bombers attempted to fight their way past the checkpoint at the entrance to the ancient shrine after security officers attempted to screen them.

One of the attackers was shot dead and another wounded, while a third detonated a bomb killing himself and injuring four bystanders. Security forces are checking if the trio had other accomplices, Egyptian media said.

Jihadist militants have killed hundreds of security employees and servicemen in Egypt since the 2013 coup deposed the country's President Mohamed Morsi, a member of the Muslim Brotherhood Islamist organization.