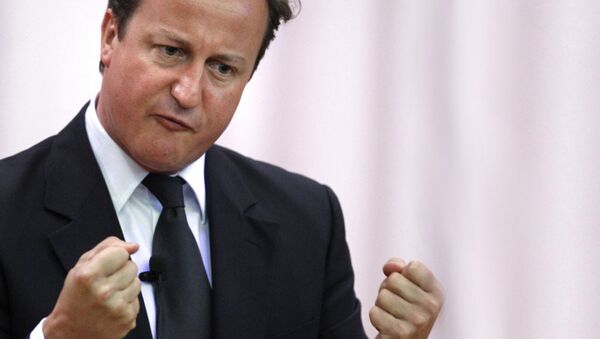 British Prime Minister David Cameron said that sanctions imposed on Russia by the West over Ukraine are hurting all member states of the European Union.

"The fact is: putting in place sanctions damages all European countries in different ways. Britain itself faces some damage from that," Cameron said in the House of Commons, the lower house of UK Parliament.

The Prime Minister made the comments two days after Britain and other members of the G7 club of countries voiced support for keeping the existing sanctions against Moscow in place during the group’s summit in Germany.

Washington, the European Union and their allies have imposed several rounds of sanctions on Russia over the crisis in Ukraine, with the West accusing Moscow of interfering in Ukraine's internal affairs.

Russia has repeatedly denied the allegations, and introduced a year-long embargo on food imports from countries that imposed sanctions against it in August 2014.