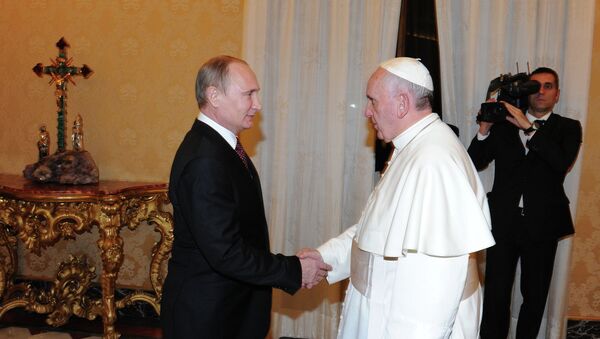 © Sputnik / Michael Klimentyev
/
Go to the photo bank
Subscribe
Russian President Vladimir Putin will meet with Pope Francis in the Vatican and Italian Prime Minister Matteo Renzi in Milan as a part of his official visit to Italy on Wednesday. 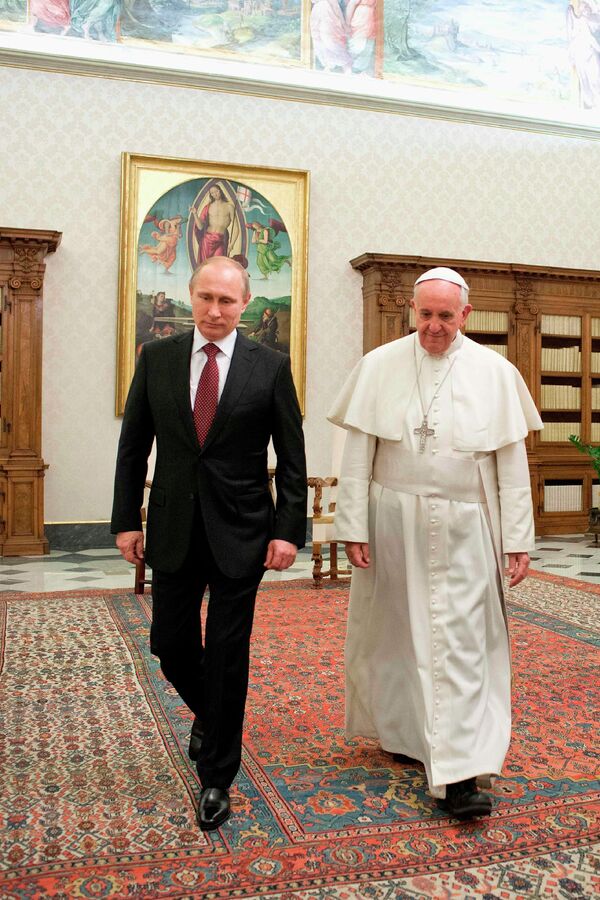 Putin's trip to Italy follows the recent G7 summit, where US, Japanese, Canadian and four EU leaders, including Renzi, discussed prolonging the sanctions against Russia imposed over Ukraine conflict in 2014.

In addition to the high-level talks, Putin and Renzi will participate in the opening ceremony of Russia's national day at the World Universal Exhibition "EXPO —2015." The main theme of the exhibition is "Nutrition for the Planet. Energy for life."

The Ukrainian crisis will be a central topic during a meeting between Russian President Vladimir Putin and Pope Francis in the Vatican, Presidential Aide Yuri Ushakov said earlier in the day.

Other issues President Putin and the Pope are expected to discuss include bilateral relations, relevant international issues, and the status of and protection for Christians in the Middle East, Ushakov said.

Putin will meet with the Pope for the second time. The first meeting took place in the Vatican in November 2014. Putin met Pope John Paul II twice in 2000 and 2003, and Pope Benedict XVI once in 2007.

Russia and the Vatican collaborate effectively in multilateral organizations, such as the United Nations, the Council of Europe and the Organization for Security and Co-operation in Europe (OSCE).