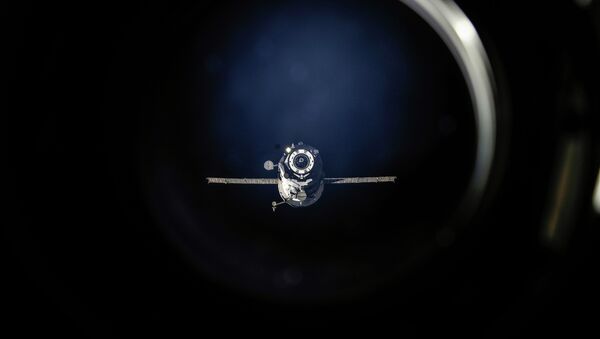 The return of the Expedition 42 crew has not been rescheduled yet due to an unexpected firing of engines on the Soyuz TMA-15M spacecraft docked with the International Space Station, a source in the Russian space industry said Tuesday.

MOSCOW (Sputnik) — The engines of the Soyuz TMA-15M spacecraft, which has been docked with the International Space Station since November 2014, fired unexpectedly on Tuesday during a routine testing of the docking system, Russia's space agency Roscosmos said.

Russian cosmonaut Anton Shkaplerov, ESA astronaut Samantha Cristoforetti, and NASA astronaut Terry Virts are expected to return to Earth on board the Soyuz TMA-15M on Thursday after 200 days in space.

"The Soyuz engines fired suddenly for less than a minute during the testing of the Kurs docking system," the source told RIA Novosti.

"We don't expect the incident to affect the return of the crew to Earth, which is scheduled for June 11."

The source added engineers will have figured out the cause for the malfunction by Wednesday.

The three spacefarers spent an extra month in orbit after the Progress M27-M cargo ship, carrying essentials and scientific equipment, went into an uncontrolled spin and was declared lost in late April. It burned up in the atmosphere upon reentry.

Following the loss of the cargo vehicle, the Russian space agency rescheduled cargo and piloted flights to the space station, and postponed the new ISS expedition until late July.

No Threat to ISS

According to Roscosmos, the incident resulted in a slight shift in the ISS position in orbit.

"Appropriate measures have been taken to stabilize the ISS," Roscosmos said in a statement.

"There is no threat to the ISS crew, to the station itself or to the Soyuz TMA-15M return mission to Earth." 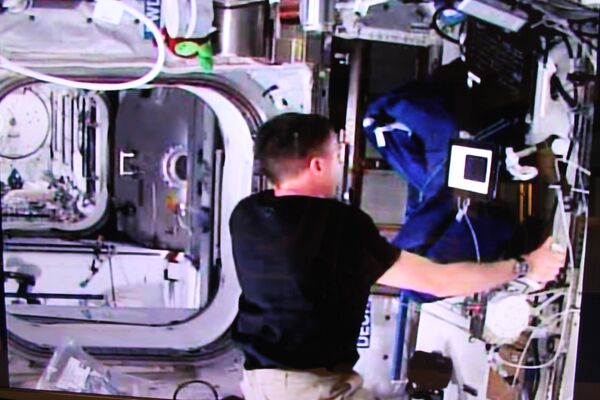 Signals between astronaut Terry Virts and Earth weren't even transmitted directly from the ISS to the ground, but had to pass through a satellite over 30,000 km away over the earth, down to mission control in Houston and across to the European Space Agency's ESTEC technical centre in the Netherlands.
© ESA