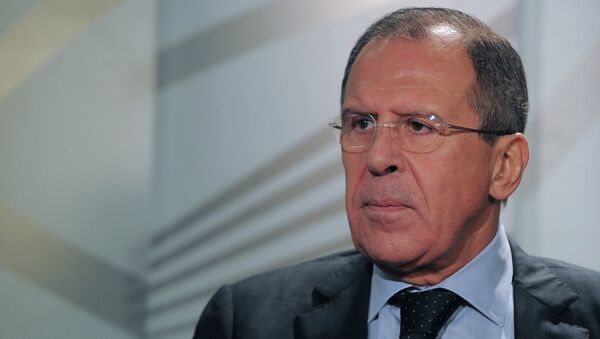 Russia Has Serious Complaints on US Observance of INF Treaty
MOSCOW (Sputnik) – The INF Treaty, signed between the United States and the Soviet Union in 1987, bans nuclear and conventional ground-based cruise and ballistic missiles with ranges of between 500 and 5,500 kilometers (310-3,400 miles).

"[We] have asked the Americans to specify what exactly their concerns about the Russian Federation [alleged violations] are. Unfortunately, we’ve already had two rounds of consultations – in the fall and in the spring – and neither during the preparation period, nor during the consultations did our American partners define their suspicions," Lavrov said at a press conference, following talks with his Salvadorian counterpart Hugo Martinez.

The Russian minister added that Moscow is open to having a discussion about specific evidence of Russian violations of the Treaty.

"We, for our part, have no intention of breaking the Treaty," Lavrov said.

He noted that Moscow has clearly expressed its own concerns to Washington about what Russian authorities regard as the US violation of the INF Treaty, specifically the US global missile defense system, within which, Russia claims, the United States has deployed defense systems in Romania and Poland that are capable of violating the INF Treaty.