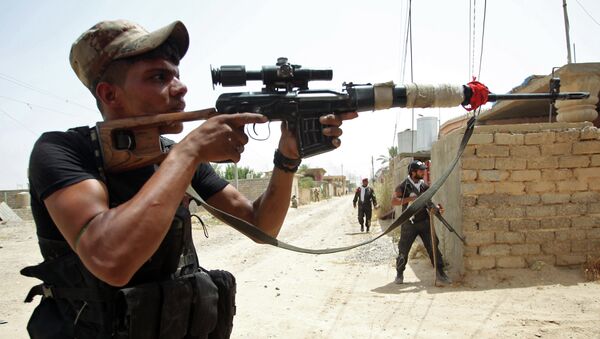 Some 15,000 residents of southern Iraq have joined the Shiite militia Hashd al-Shaabi to fight against the Islamic State (ISIL) jihadist group in the country, a local security official told media Tuesday.

“At least 15,000 volunteers from the Dhi Qar province and the capital city of Nasiriyah have joined the Hashd al-Shaabi gunmen and will take up arms against Daesh [Arabic name for ISIL],” Naman Ibrahimi, a representative of the province’s security committee said, as quoted by the Kurdish media group Rudaw.

The IS group seized large parts of Iraq and Syria in 2014. On May 17, the ISIL took control of Ramadi, the capital of ISIL-dominated western Anbar governorate, some 70 miles west of Baghdad.

Hashd al-Shaabi militiamen, along with the Iraqi Army and police, took part in the fight for Ramadi. The militia was also deployed in Baghdad to protect the Iraqi capital from a possible IS offensive.