Rip It Up and Start Again: Radical Plan for EU Reform 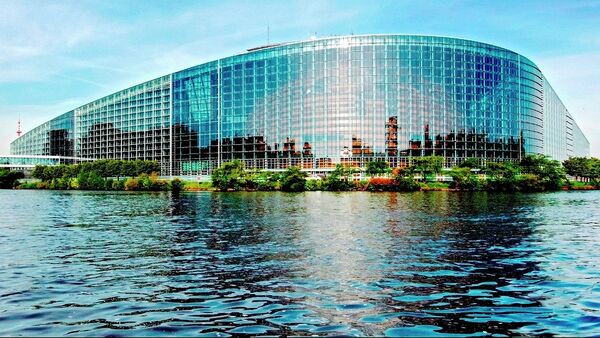 A single market rather than "ever closer union" should be the foundation of the European Union, according to a new report from think tank Open Europe. Treaties should be re-written to reflect the multi-form reality of the EU - different destinations at different speeds.

According to its latest report, Open Europe says countries should be free to integrate further into the EU if they wish, but it should not impact those that do not join. The report has implications for the UK, whose Prime Minister David Cameron has called for an In-Out referendum on his nation's membership of the EU by the end of 2017.

The UK, in particular, has seen a rise in Euroscepticism, with many railing against the declaration in the Treaty of Rome in 1957 which set the foundations of an "ever-closer union among the peoples of Europe." Subsequent treaties have confirmed this doctrine, which many critics believe moves the original concept of the EU as an economic trade zone towards a political union.

Open Europe's latest report, 'Blueprint for EU reform', argues that, if Cameron's negotiations are to be judged a success, the forthcoming In-Out referendum should not simply be a vote to approve or reject a list of concessions to the UK but rather a mandate for a path to rolling reform.

The report says the Single Market rather than an "ever closer union" should be the foundation of the EU. Treaties and institutions should reflect the multi-form reality of the EU (different destinations at different speeds). Countries should be free to integrate further if they wish, but it should not impact those that do not join.

In effect, it is calling for a multi-speed Europe, where members can pick and choose what form of EU they wish to belong to.

The report says: "Trade should be a primary aim of the EU (both internally and externally).

"A true single market in areas such as services, capital, digital and energy to achieve the original vision of the four freedoms. Not one-size-fits-all that smothers national differences but greater competition that rewards best practice."

"Democratic accountability — national democracies and national parliaments remain the root of democracy across the EU and a key part of the answer to the 'democratic deficit'. Much of the mission creep and focus on unnecessary issues has been driven by EU institutions — giving national parliaments a check will help to prevent this in future."

History will be made in the Commons today as MPs decide whether to give people the first referendum on membership of the EU in 40 years.

Specifically, the report says member states should qualify what is meant by "ever closer union". It argues that a closer political and economic union should be a choice within the Eurozone, but not an implied obligation for other member states.

"David Cameron has a unique opportunity to set the EU and Britain's relationship with it on a different course. The UK needs to set out an alternative vision to 'ever closer union' and establish the Single Market as the foundation of the EU."

"Reform should not be a one off event before the referendum but an ongoing process. Cameron may not achieve everything before 2017 but he needs to secure a decisive shift to a new structure for the EU which halts the UK being unwillingly dragged into any further integration," said Lord Leach.