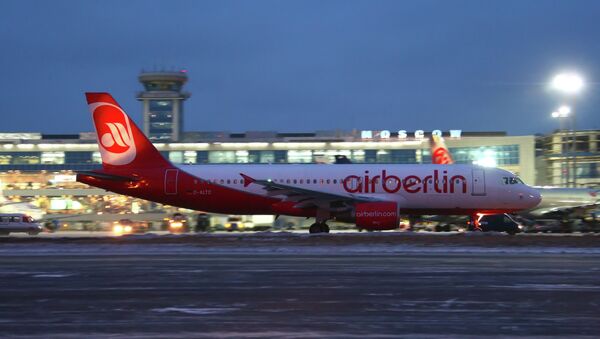 MIAMI (Sputnik) — At present, Air Berlin conducts about 25 flights to Russia weekly, from Berlin and Dusseldorf.

“Our next big step would be, if traffic is coming back, hopefully to fly to St. Petersburg again,” Dunhaupt said on Monday on the sidelines of the International Air Transport Association (IATA) annual meeting in Miami, Florida.

Dunhaupt stated Air Berlin always seeks to go to big cities such as Moscow. “[A]nd then, of course, St. Petersburg.”

Conference on Open Skies Treaty to Focus on Russian Compliance -State Dep't
He explained the airline had to close the St. Petersburg-Berlin route because of low passenger demand, which is caused by the current economic situation in Russia.

Air Berlin is not planning to add any new routes in Russia and its neighboring countries, he added, including Ukraine.

“We have lower revenues in Russia, which also means less earnings in Russia. We have a financial impact,” he stated.