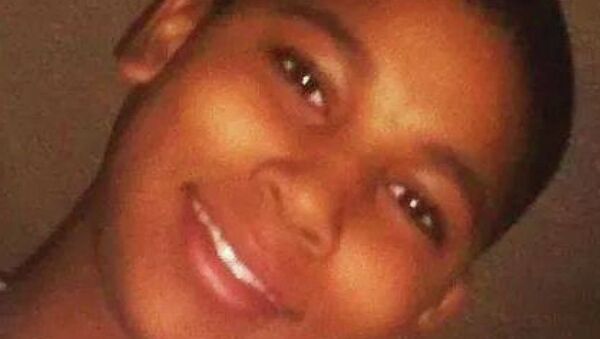 © Facebook/Justice for Tamir Rice
Subscribe
Community leaders in Cleveland are looking to circumvent police and prosecutors by invoking a seldom used Ohio law that will allow them to request that a judge directly file an arrest warrant for Timothy Loehmann in the killing of 12-year-old Tamir Rice.

In November, Loehmann shot the child to death as he played in a park near his home.  A bystander had called 911 to report that a boy was waving a gun which was “probably fake.” Only two seconds lapsed following the officers’ arrival before Rice was fatally shot in his abdomen. The “gun” was, in fact, a toy.

The officers claimed they warned the child three times to put the “gun” down, but many argue that is highly improbable as only two seconds had lapsed.

“We have the video, and having witnessed it, you can see that it took two seconds for the officers to shoot a 12-year-old boy who showed no malicious intent or aggressive behavior. There is certainly reasonable suspicion that a crime was committed,” Rev. Jawanza K. Colvin, one signer of the affidavits, told the New York Times.

Whether there will be charges is set to be decided by Cuyahoga County prosecutors, which has many crying foul and conflict of interest as they regularly work with the Cleveland Police.

Ohio is one of few states which allow anyone with a “knowledge of the facts” to go to court and request that a judge issue an arrest warrant.  If the judge approves their request, there will be a public hearing, in stark contrast to prosecutors making their decision behind closed doors.

As the affidavits are requesting murder charges, the crime would be considered a felony, in which case the law states:

“Upon the filing of an affidavit or complaint as provided by section 2935.09 of the Revised Code, if it charges the commission of a felony, such judge, clerk, or magistrate, unless he has reason to believe that it was not filed in good faith, or the claim is not meritorious, shall forthwith issue a warrant for the arrest of the person charged in the affidavit, and directed to a peace officer; otherwise he shall forthwith refer the matter to the prosecuting attorney or other attorney charged by law with prosecution for investigation prior to the issuance of warrant.”

The community leaders, who are working with the lawyer representing the Rice family, provided the Times with copies of the six affidavits that they plan to file.  The documents reportedly outline the crimes they believe were committed against the child.

“Here we are taking some control of the process as citizens,” attorney Walter Madison told the Times. “We are going to participate without even changing the law.”

Family and supporters have every reason to be doubtful that charges will otherwise be brought against the officer.

On October 22, 2013, 13-year-old Andy Lopez was also walking around with a toy gun in Santa Rosa, California.  Also within seconds, Officer Erick Gelhaus fired eight rounds into the child, including one in his side which pierced him as he turned to face the officer who was screaming at him.  The entire incident lasted 17 seconds.  Gelhaus was cleared by the district attorney and has returned to the force.