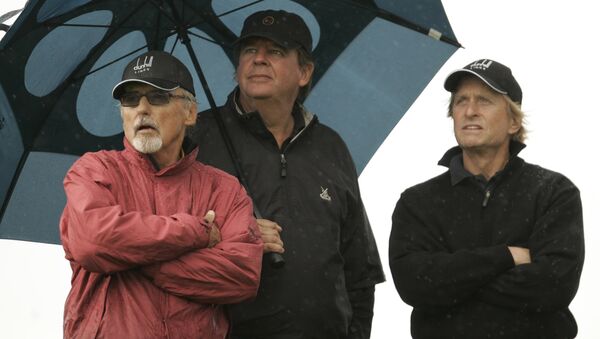 Wealth inequality may already be reaching its boiling point. But how well will the middle class hold up once robot workers are introduced into the equation? Not well, according to Johann Rupert. And if anyone knows about class struggle, it’s the billionaire owner of a luxury jewelry company.

According to figures from January of this year, anti-poverty charity Oxfam estimates that, according to current trends, 1% of the global population owns more wealth than the other 99%. By 2016, 1% could own over 50% of global wealth.

"We cannot have 0.1 percent of 0.1 percent taking all the spoils," Johann Rupert said on Monday, according to Bloomberg. "It’s unfair and it is not sustainable."

Sitting high atop the wealth pyramid, Rupert has learned a lot about inequality. The executive chairman of Richemont SA, he has earned a $7.5 billion fortune by selling Cartier jewelry and Chloe fashion.

It’s a problem that many economists are grappling with, and it’s so complicated that there may not be any simple answers. One obvious solution – though practically speaking difficult to implement – involves boosting those in the lower percent. This would involve finding ways to get poor and middle class families to invest in long-term assets. Homes, for example.

Another is to redistribute the vast amounts held by the world’s richest. Raising taxes is one solution. Salary caps are another, albeit a little unprecedented.

Taxation and salary caps aren’t for Johann Rupert, so he’s proposed another, more immediate threat to the low-wage – even mid-wage – worker: robots.

It’s not an altogether unfounded idea. Automation of the workplace has certainly led to fewer workers in a number of industries. Robots have become increasingly prevalent in routine factory jobs, and the more advanced artificial intelligence and robotics become, the more industries could be impacted.

"How is society going to cope with structural unemployment and the envy, hatred and the social warfare?" Rupert said. "We are destroying the middle class at this stage and it will affect us. It’s unfair. So that’s what keeps me awake at night."

Imagine if instead of hiring full-time fast food workers, McDonald’s could just pay a one-time fee to build some creepy clown bots? That’s what keeps me awake at night.

But in some respects, Rupert appears to be letting himself – and fellow 1 percenters – off the hook. While unemployment certainly fuels the wealth gap, they’re not synonymous, and pointing the finger at an army of robotic boogeymen may miss the larger point.

That net worth can exist in a number of ways, including property ownership, and, more importantly, stock market shares.

So even if we do prevent Roomba vacuums from unionizing and putting service workers out of business, that wealth gap will remain until those laborers are afforded the opportunity to invest in their futures, rather than left to slave away for their present.

"We’re in for a huge change in society," Rupert said. "Get used to it. And be prepared."

Sounds like a good populist chant for tax reform.