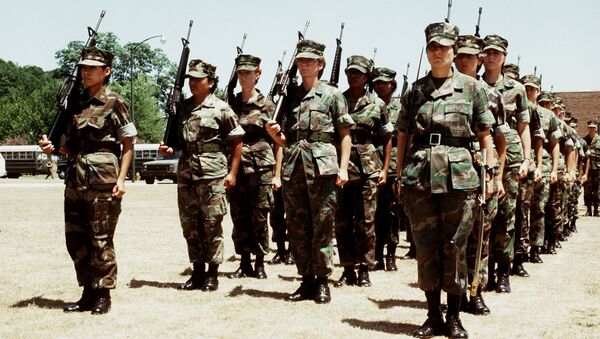 The Veteran’s Affairs Department has found that female veterans commit suicide at almost six times the rate of non-veteran women. For younger women who have served, those aged 18-29, the number doubles to twelve times more likely than their non-veteran counterparts.

Shockingly, the suicide rate of female veterans is so high that it nears the rate of male veterans, a surprising finding given that, statistically, men are far more likely to commit suicide than women.

Since the military is comprised of a male majority, with 90% of former troops being men, studies done by the Pentagon and Veterans Affairs Department regarding suicide had previously focused on them alone.

Estimates by the Pentagon have shown that 10% of women in the military are raped while on active duty, and some suggest that this may be one of the contributing factors.

An estimated 26,000 rapes and sexual assaults took place in the military in 2012, the last year for which statistics are available; only 1 in 7 victims reported their attacks, and just 1 in 10 of those cases went to trial, MotherJones reported last year.

It is unclear whether military sexual trauma (MST) is a factor in the numbers being so high, but it was certainly one of the factors in the case of 24-year-old Katie Lynn Cesena.

Cesena reported it after she was raped by another soldier, and was treated for post traumatic stress disorder and depression upon returning home.  Her rapist, of whom she reportedly lived in fear, was never prosecuted.

"I would like to dedicate this book to the United States Navy and all the men and women who have bravely served our country with humility and have been raped and were brave enough to tell someone, whether anything came of it or not," reads an excerpt from a memoir Cesena had begun to write.

In 2011, she fatally shot herself, leaving her book unfinished.

While MST may account in part for these high suicide rates, other studies have suggested that those who join the military are more likely to have had troubled childhoods, including emotional and sexual abuse, the LA Times reported.