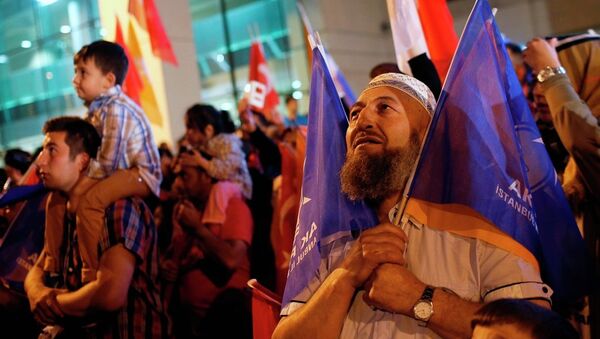 Turkish politics is facing its most uncertain period for more than a decade after recent elections results left no party capable of forming a majority government, following a backlash against President Recep Tayyip Erdogan and his plans to reform the country's constitution.

The national election has resulted in the biggest swing against Erdogan's Justice and Development Party (AKP) since it first came to power in 2002.

After 99 percent of vote counting, Erdogan's AKP were still the country's largest party, winning 41 percent of the vote, however this was well short of what was needed to form a majority government.

Political analysts have suggested that the swing against Erdogan was partly due to opposition to the AKP's proposed reforms to change Turkey's constitution, with plans to transfer greater powers to the president seen by many as a dangerous prospect that could lead towards authoritarian rule.

On top of criticism of the AKP's proposed reforms, a recent dip in economic growth has also been seen by some as contributing to the backlash against Erdogan.

While the ruling AKP have lost ground since 2011, the election results have seen a significant rise in support for the new left party, the HDP, who are seen to largely represent the significant Kurdish minority in Turkey, with Kurds making up approximately 20 percent of the country's population.

The official results, based on 99 percent of votes, has Erdogan's AKP well in front with 41 percent, followed by the Republican People's Party (CHP) on 25 percent, the rightwing Nationalist Movement Party on 16.5 percent and the Kurdish-backed HDP securing 13 percent of the vote.

The elections will see the four parties now elected into parliament, as they all passed the 10 percent threshold needed to enter.

The surprise results have left the country in unchartered territory given Turkey's recent stability under Erdogan's decade-long period of governance, with talk quickly turning to the prospect of a coalition government.

Incumbent president Erdogan has moved to quell concerns about Turkey's political uncertainty, calling for cooperation between the country's major parties, urging leaders to be "careful to preserve the environment of confidence and stability."

"Our nation's opinion is above everything else," Erdogan said in a statement.

"I believe the results, which do not give the opportunity to any party to form a single-party government, will be assessed healthily and realistically by every party."

Erdogan's cooperative statements have been backed up by other members of the AKP, who have urged the other parties to try and work towards forming a coalition. 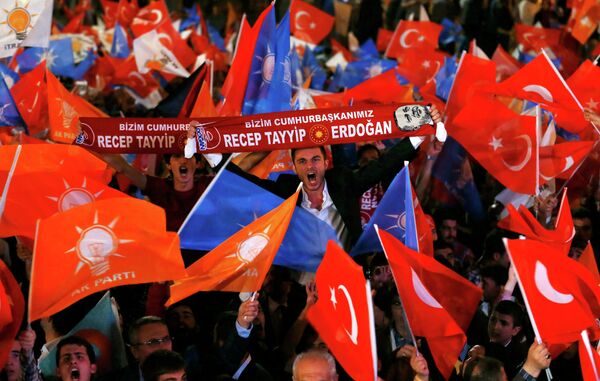 However, in a blow to Erdogan, any talk of forming a coalition has been scuppered by leaders of Turkey's other parties.

Selahattin Demirtas, leader of the pro-Kurdish HDP party, which won 80 seats, says there is no chance of the party going into coalition with the the AKP.

"We have promised our people that we would not form an internal or external coalition with the AKP. We are clear on that."

While the HDP's opposition towards Erdogan's party isn't considered to be a surprise, perhaps more significantly, the nationalist MHP, who were thought to be the AKP's best chance of forming a coalition government, have also ruled out talks, instead calling for another election.

"Nobody has the right to sentence Turkey to an AKP minority government. Whenever there can be early elections, let them take place."

Meanwhile, the republican CHP, who came second in the election with 25 percent of the vote have remained tightlipped on their plans for potentially forming government.

There have been calls for early elections if a government cannot be formed within the allotted 45 days.

Views on the Election: The Good and the Bad

The historic results of Turkey's election has been met with a combination of positive and negative reactions from people both inside and outside of Turkey as people come to terms with the significance of the results.

There were wild celebrations in the majority-Kurdish city of Diyarbakir in south-eastern Turkey following the news of the HDP surpassing the 10 percent parliament threshold, while others, including EU chief Federica Mogherini, welcomed the results, saying they were a "clear sign of strength of the Turkish democracy." 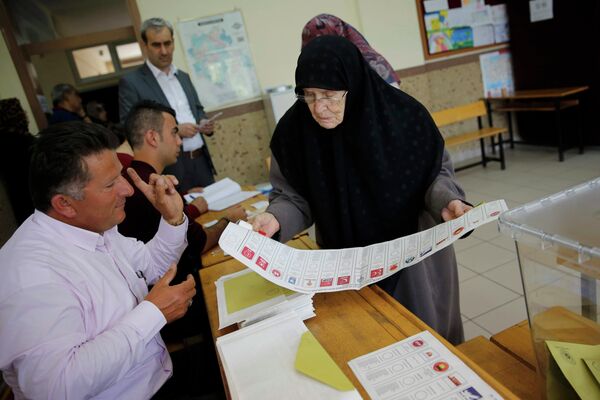 A woman looks at a ballot paper at a polling station during the parliamentary election in Konya, Turkey, June 7, 2015.
© REUTERS / Umit Bektas

International Crisis Group analysts, Nigar Göksel and Hugh Pope, in delivering their review of the elections for Politico, said that the diverse results were partly due to the AKP's "integral" role in promoting pluralism, but warned that recent perceptions of a heavy-handed government worked against the AKP.

"Ironically, it was also Erdogan's increasing intolerance of dissent, epitomized in the crushing of the Gezi protests in Istanbul in May-June 2013, that created a sense of solidarity between many normally fractious factions of Turkish society — nationalists, Islamists, Kurds, secularists, and liberals — that set the stage for much of the activism that persuaded Turks to vote against him on Sunday."

And while there has been positive reactions to the divided result, economists have noted how the election has led to some market jitters, with Turkey's stock index falling by 8 percent and the lira falling to a new low against the US dollar.

However, speaking to the Wall Street Journal, Erdinç Benli, co-head of the global emerging markets team at GAM said the results may have some long-term benefits.

"In the longer term, I think that it could be positive. Many had feared that President Erdogan was moving towards a presidential style government. That risk is now put aside for the time being."