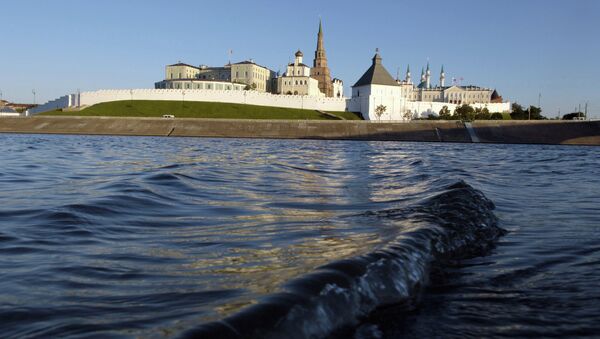 The number of Russians vacationing abroad between January and March has declined by 1.3 million, or -40.3 percent, in the first quarter of 2015, compared with the same time last year, according to figures from the Federal Statistics Service (Rosstat) published on the Federal Tourism Agency.

Russia's Top-10 Fabulous Sites You Should See
Rosstat's statistics show that if in the first quarter of 2014 a total of 3,181,916 people took winter vacations abroad, in 2015 that number declined to 1,899,506. The countries hardest hit by the decline in Russian tourists include the traditionally popular winter destinations of Spain, Italy and Greece, which lost 41, 31 and 29 percent of their Russian visitors, respectively, with Austria, Germany, France and the Czech Republic also facing declines between 30 to 50 percent. Many of the more budget-minded destinations faced a similar decline in visitors, with Turkey and Egypt losing 36 and 26 percent of visitors, respectively.

The statistics are no surprise to Rosstat, which has been observing a shift toward domestic tourism over the past year-and-a-half, accounted for by the falling purchasing power of the ruble, sanctions, and a surge in patriotism which has come as a result of the crisis in Ukraine and worsening relations with many Western countries.

Recently commenting on the shifting dynamic from tourism abroad to tourism domestically in a report to the Russian government, Rosstat head Oleg Safonov noted that at the same time as tourism abroad has declined, internal tourism has grown by over 30 percent, to 41 million people a year, in 2014, compared with 2013.

Four Crimean Cities Make Top 10 List for Family Summer Vacations
Noting that prior to the shift, tourists spent an average of $50 billion each year abroad, Safonov stated that "we need to make every effort to ensure that a significant portion of these funds remain in the Russian Federation and worked in the interests of our country's economy." Since last year, the Russian tourism sector has been working to promote attractive destinations for tourism inside Russia. In addition to seaside resorts, popular destinations have included cultural and gastronomic festivals, national parks and excursions to sites of historical interest.
Newsfeed
0
Access to the chat has been blocked for violating the rules . You will be able to participate again through:∞. If you do not agree with the blocking, please use the feedback form
The discussion is closed. You can participate in the discussion within 24 hours after the publication of the article.
To participate in the discussion
log in or register
loader
Chats
Заголовок открываемого материала