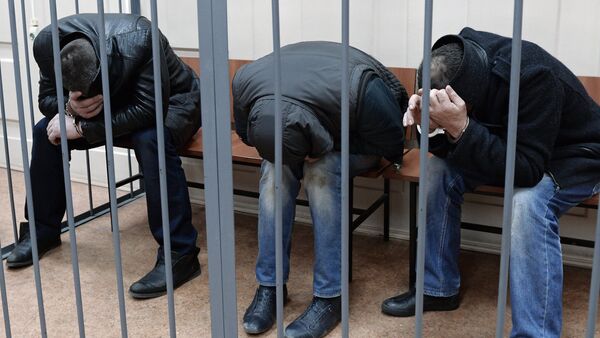 Law enforcement agencies were able to quickly detain defendants in the Nemtsov case due to information obtained from an undercover agent, according to the Russian newspaper Kommersant.

The source said that the suspects were engaged in debt collection-related activities in Moscow. Their meetings took place in a well-known Moscow restaurant, where security staff decided to launch audio and video surveillance of suspicious customers.

After the murder of Boris Nemtsov, the undercover agent, who was close to suspected Chechen debt collectors, advised police to confiscate the video footage from the restaurant and use it in order to identify and detain the suspects, according to the source.

War of Words: West Jumps on Twitter to Hype Up Nemtsov Report
Earlier, it was reported that investigators had obtained information from a secret witness, who communicated with the suspects as they plotted Nemtsov's murder.

Meanwhile, Russian Investigative Committee spokesman Vladimir Markin has denied information about the suspects being detained with the help of an undercover agent. He declined to elaborate.

A total of five people have been arrested in connection with the killing of Boris Nemtsov. Apart from Eskerhanov, Bakhayev and Gubashev, they include Zaur Dadayev and Shadid Gubashev's brother Anzor.

Investigators believe that the killer is Zaur Dadayev and that the rest could be his accomplices.