Most Americans Aren’t Ready for Retirement, Half Over 55 Have No Funds 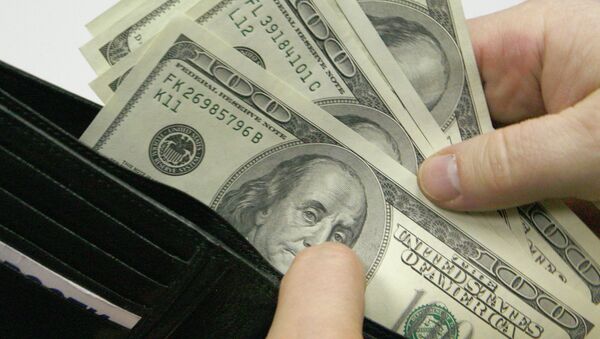 © Sputnik / Anton Denisov
/
Go to the mediabank
Subscribe
International
India
Africa
According to a new report released by the Government Accountability Office, as many as half of Americans aged 55 and older are financially unprepared for retirement.

Many Americans in that age range have no savings at all or lack the expertise and time to determine whether their employers' retirement plan is a good one.

The Myth of Retirement: Most Americans Expect to Work Past 65
"We've turned over responsibility for retirement security to employees, but have not given them the ability to accomplish that objective," said Diane Oakley, executive director of the National Institute on Retirement Security.

The average 401(k) plan balance hit $91,800 in the first quarter of this year and some savers reached balances as high as $251,600, according to Fidelity, which manages the single largest chunk of the nation's retirement plan assets.

However, many financial advisors recommend people save as much as 12 times their income during their final years of employment. By that calculation, someone with the average 401(k) balance would have been earning an annual income of only $7,500 in their final year. Those at the tail end of this spectrum would have had a final income of only $21,000.

The figures seem to reflect socio-economic patterns as well.

Rules to Change for Retirement Advisor to Benefit Middle Class - Obama
"Only 20 percent of Latinos have retirement accounts containing more than $10,000; 75 percent of African-Americans are in the bottom quartile when it comes to retirement assets. "

But, the figures get more intimidating.

"We are going to see worse numbers in the future," says Bailey Childers, executive director of the National Public Pension Coalition in Washington DC

Still, there are some tips one can consider when evaluating their pension plans.

Financial journalist Suzanne McGee write in The Guardian, "One big warning sign is a plan that is heavily weighted to high-cost mutual funds — or worse still, the company's own stock. It's rarely a good idea to borrow against your 401 (k) balance unless you're desperate; it's always a good strategy to take advantage of an employer's offer to match your contributions — even though Americans leave an estimated $ 24bn a year on the table at present.