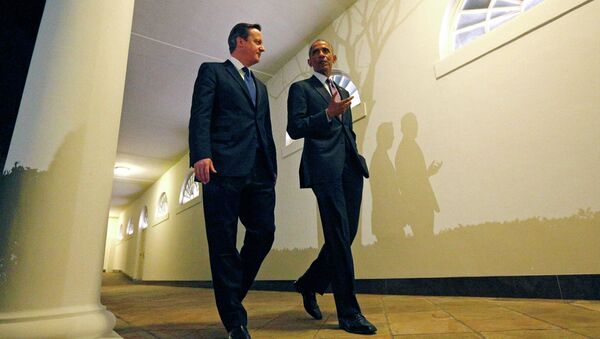 Cameron stated at the G7 summit in Germany on Sunday that the decision on UK defense spending has to "await Chancellor George Osborne's Spending Review in the autumn," as quoted by the BBC.

Following the reports, US Defense Secretary Ashton Carter called on the country to keep its spending at the 2-percent level. Carter added that London was risking becoming disengaged if it cuts its military budget.

The Conservative Party, headed by David Cameron, won a landslide victory in the general elections in the United Kingdom on May 7. In the pre-election campaign the Tories promised to invest some $242 billion into new military equipment over the next decade.