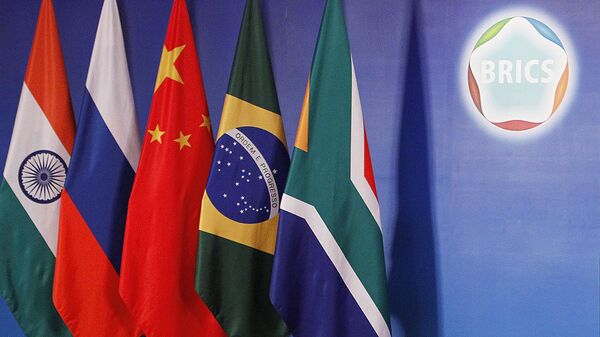 MOSCOW (Sputnik) — Moscow is set to host on Monday the first-ever BRICS Parliamentary Forum that will bring together lawmakers from the world’s five major emerging economies.

The forum was initiated by Brazil and organized by the Russian parliament as Russia also prepares to stage this year’s BRICS summit in the city of Ufa, some 720 miles east of Moscow, on July 9-10.

World
US to Lose Its Ground Under BRICS Pressure
During the two-section plenary meeting, BRICS parliamentarians are expected to focus on international security and economic development, as well as anti-crisis measures.

Lawmakers are also due to discuss the future of BRICS in general and of the group's parliamentary forum in particular.

Russia also plans to suggest that the forum should become a permanent mechanism of cooperation between the BRICS member states.

The BRICS countries work together on a wide range of issues, including energy and finance, as well as countering global threats, such as terrorism.

The group was originally known as BRIC but changed its name after the admission of South Africa in 2010.