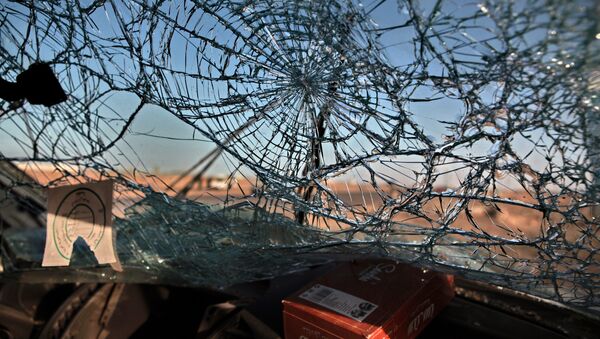 © Sputnik / Andrei Stenin
/
Go to the photo bank
Subscribe
The G7 Research Group's director claims that G7 leading economies did not uphold security in Libya as pledged at its previous summit.

GARMISCH-PARTENKIRCHEN (Sputnik), Svetlana Alexandrova — The Group of Seven (G7) leading economies did not uphold security in Libya as pledged at its previous summit, the G7 Research Group's director told Sputnik on Sunday.

Most recently, the G7 members met in Brussels on June 4, 2014, where they made a total of 147 commitments. The G7 Research Group measures G7 states' performance against their commitments made in previous years.

"The G7 club complied the least with the commitment on peace and security in Libya at 44 percent," John Kirton told Sputnik.

ISIL Makes Inroads in Libya Amid Country's Chaos
The group released its compliance report on Saturday, where it evaluated how the seven states fared with their pledges. It found 100-percent compliance on five of 16 commitments G7 states made last year and average compliance of 82 percent.

Libya has been on the brink of collapse since early 2011 after the Arab Spring, which led to civil unrest and the ouster of long-time leader Muammar Gaddafi.

In the wake of the crisis, the Islamic State jihadist group has stepped up its advances in the country since October 2014.