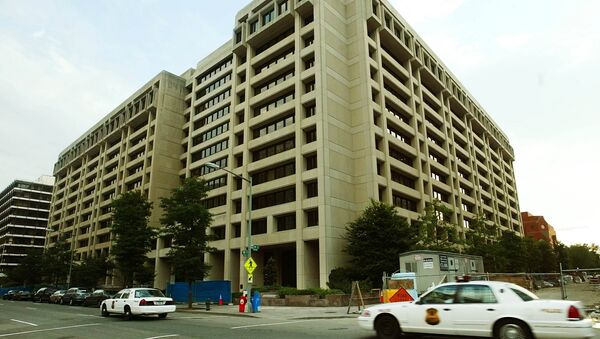 Greek Deputy Defense Minister Costas Isychos said that the Greek government will not know when it will repay the debt it is due to hand back to IMF at the end of June until the bailout deal is done.

MOSCOW (Sputnik), Anna Liatsu – The Greek government will not know when it will repay the debt it is due to hand back to the International Monetary Fund (IMF) at the end of June until the bailout deal is done, Greek Deputy Defense Minister Costas Isychos told Sputnik on Saturday.

"It’s premature to say what will happen until the 30th because I would say that all that is linked to the result of the talks between Greece and the institutions, being the IMF, the ECB and the EC. So until that agreement is not reached, we cannot say exactly when that money will be paid," Isychos said.

Greek Foreign Ministry Source Confirms Athens Delays IMF Payment
Greece was to repay the first €300-million ($330-million) installment to the IMF on Friday. But a day before the deadline, Athens announced it would delay the payment and bundle up all four instalments it owed to the fund into a single €1.5-billion ($1.6-billion) package due on June 30.

End of June is also when Greece's bailout agreement with the IMF, the European Commission (EC) and the European Central Bank (ECB) runs out.

Athens and the three creditors have so far been unable to reach a compromise on the deal that would have the cash-strapped Greek government reform its financial policies and continue with painful austerity measures in exchange for a new bailout tranche it needs to avert a default.