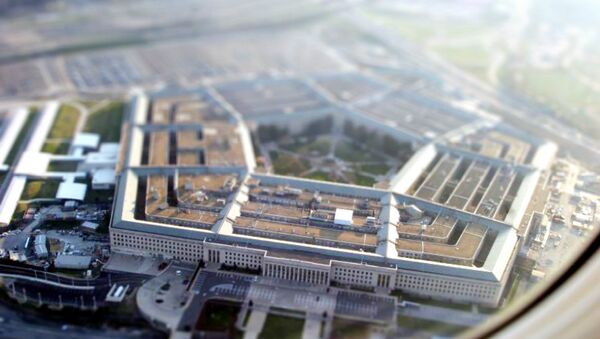 Anti-Russian sanctions are ineffective and will not force Moscow to reverse its political course, US Defense Secretary Ashton Carter said after a conference with top US diplomats and military brass in Stuttgart.

White House: Western Sanctions Fail to Meet Main Objectives in Russia
US Defense Secretary Ashton Carter says it would be better to admit that anti-Russian sanctions are not effective and Moscow will not abandon its political course under pressure.

"What’s clear is that sanctions are working on the Russian economy," Bloomberg cites Carter as saying after a conference with top US diplomats and military officials in Stuttgart, Germany. "What’s not apparent is that that effect on his economy is deterring [Russian President Vladimir] Putin from following the course that was evidenced last year in the Crimea."

The West has also accused Russia of meddling in Ukraine's internal affairs and aiding Ukrainian independence supporters, but these allegations have not been supported by any proved factual evidence.

"There are other things we need to be doing in recognition of the fact that, at the moment at least, Vladimir Putin does not seem to be reversing course nor does he give any sign in what he says of an intention to do so," Carter stated. "Therefore, we need to adapt in a long-term sense to that reality."

"Russia is positioning itself, in its rhetoric and in its actions — and it’s not like they’re hiding this — to be adversarial. So we have to clearly recognize that fact," the secretary added.

An official from the US delegations said the participants of the meeting assessed the effectiveness of anti-Russian sanctions, and discussed measures to deter Russia and provide additional military support to European countries.

Obama to Urge Extending Anti-Russia Sanctions at G7 Meeting
The US, as well as the European Union and a number of their allies, have introduced several rounds of sanctions against Russia over its position over the Ukrainian crisis.

The measures targeted Russia’s banking, energy and defense sectors. The West says the sanctions are aimed at making Moscow change its stance with regard to Ukraine.

Russia has repeatedly denied any involvement in the Ukrainian crisis, stressing that sanctions are counterproductive and threaten international stability.