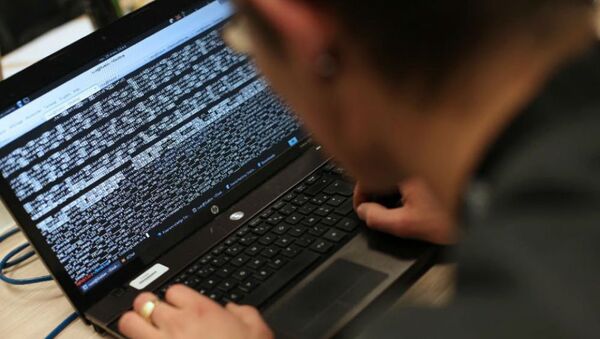 © AFP 2021 / Thomas Samson
Subscribe
Beijing on Friday dismissed as "irresponsible" Washington's accusations that Chinese hackers perpetrated a massive cyber-attack on the personal information of millions of current and former US federal employees.

"Cyber-attacks are generally anonymous and conducted across borders and their origins are hard to trace," foreign ministry spokesman Hong Lei said at a regular briefing.

"Not to carry out a deep investigation and keep using words such as 'possible' is irresponsible and unscientific," he added.

On Thursday, the US Office of Personnel Management (OPM) announced that in December a cybersecurity breach potentially compromised the data of up to 4 million current and former US federal employees.

Media reports citing anonymous US officials said hackers based in China were behind the attack.

"As a result of the incident," uncovered in April, the US Office of Personnel Management said it "will send notifications to approximately four million individuals."

It added that additional exposures "may come to light."

The Chinese embassy in Washington pointed out that such attacks are banned by Chinese law.

Rather, Beijing wants to cooperate with other nations to build a peaceful and secure cyberspace, said Lei, the foreign ministry spokesman.

"We wish the United States would not be full of suspicions, catching wind and shadows, but rather have a larger measure of trust and cooperation," he said.

The FBI and Department of Homeland Security are leading an investigation into the attack. The FBI in a statement said it "will continue to investigate and hold accountable those who pose a threat in cyber-space."

On Friday, White House Press Secretary Josh Earnest said if and when the FBI discovers who is behind the attack, that information still may not be made public.

The US government said it will, through a third party, offer $1 million in identity theft protection services at no cost.

The attack was the largest breach of federal employee data in recent years. Hackers had access to information that included employees' Social Security numbers, job assignments, performance ratings and training information, OPM officials said. They could not say for certain what data was taken, however.

The OPM said it suspects that the attack occurred late last year, before the agency adopted tougher security.