Schwarzenegger Claims He Can Be Better President Than Obama 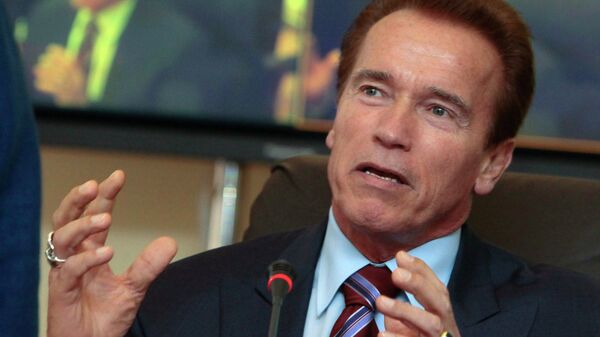 The Hollywood star and former governor of California said that he could do better job than the current American leader.

Arnold Schwarzenegger, the Hollywood star and bodybuilder, believes that he would be a better President than Barack Obama.

However, the 67-year-old actor who was the governor of California from 2003 to 2011 cannot run for presidency due to his Austrian origin.

"I wouldn’t switch my position with anybody. But everyone knows that if I was American-born I would probably run for president. I could do a better job than these guys can, trust me,” Schwarzenegger said in an interview with news.com.au.

Blow It Up With Schwarzenegger! Iron Arnold Opens Explosion Paradise
The US has repeatedly proposed to nominate Schwarzenegger as a presidential candidate and make relevant amendments to the Constitution to allow those who were born outside the United States to participate in the election. Schwarzenegger admitted the he supports this initiative, but believes that the plan will not be implemented in the short run.

As for now, Schwarzenegger is looking forward to the release of a new “Terminator” movie which will hit the screens on July 1, 2015. The actor reprised his iconic role as the Terminator, which made him famous worldwide.