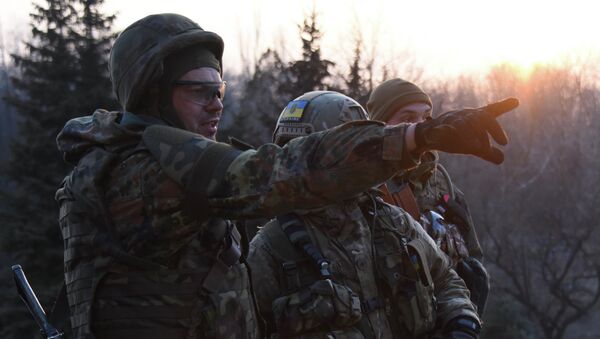 “It is not acceptable to us to have a situation where we have to permanently finance a country,” Hahn said of Ukraine on Thursday.

Hahn acknowledged that Ukraine “is in a war,” but he noted that the government of Kiev has to “deal with the conflict and they have to deal with the economic recovery of the country.”

OSCE’s ‘Big Players’ Should Resolve Ukrainian Conflict - Serbian PM Vucic
The Ukrainian economy has suffered losses by as much as $5- $10 million per day as a result of the ongoing conflict between government and separatist forces, according to estimates the European Council on Foreign Relations.

At the May 2015 Eastern Partnership Summit, Ukraine signed deeper contractual agreements with the EU, despite attempts of some EU members to delay ratifying the agreements.

Ukrainian President Petro Poroshenko has expressed the desire to begin EU membership process as soon as 2020.

In order to join the EU, a country’s national debt should not exceed 60 percent of its Gross Domestic Product (GDP). According to International Monetary Fund (IMF) data, Ukraine’s current debt is stands at more than 100 percent of GDP.

In March 2015, the IMF approved a $17.5 billion bailout package for Ukraine, and acknowledged the need for additional funds through 2018.