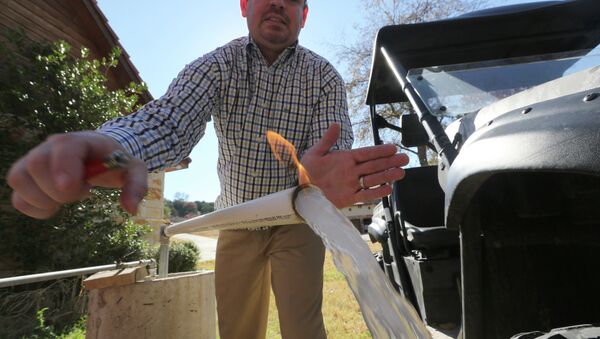 The US Environmental Protection Agency says that, while hydraulic fracturing has the potential to contaminate drinking water, and has done so on some occasions, there is no evidence of "widespread" pollution across the country, according to a draft report released by Thursday.

The report, commissioned by Congress, claims to be the most comprehensive evaluation to date of the effect on drinking water of hydraulic fracturing, or fracking. The process involves pumping chemical-laden water deep underground under intense pressure to shatter rock formations and release valuable oil and gas.

Pollution Is In the Eye of the Beholder?

Scanning the headlines about the report however, could cause some understandable confusion, as both supporters and opponents of the practice are claiming it as proof for their side.

The report recognized "potential vulnerabilities in the water lifecycle that could impact drinking water," which fracking opponents see as a calling out of an industry that has long claimed total safety.

But that is not the oil and gas industry's takeaway, which instead is that the report's findings are a vindication of the process as generally safe, if not without exceptions.

"Hydraulic fracturing is being done safely under the strong environmental stewardship of state regulators and industry best practices," Erik Milito, the upstream group director for the American Petroleum Institute, told Bloomberg News in an email.

Lauren Pagel, Policy Director for the environmental non-profit Earthworks told Radio Sputnik's Brad Friedman that regardless of the EPA's definition of "widespread," fracking has a proven track record of being dangerous to the environment.

"We know that there are probably about a million oil and gas wells across the country, and industry studies have said that maybe one to six percent of them fail immediately upon fracking," Pagel said. "Meaning that what is supposed to hold the fracking fluid back from the aquifer does not work. So even if it's not as 'widespread' as whatever EPA's come up with for that term, it could mean tens of thousands of wells that have water quality and water pollution issues, and that doesn't even deal with the air quality issues and all the other things that come along with industrial energy development."

"They have a strange definition of safe if it includes contamination of drinking water," Amy Mall, Senior Policy Analyst in the Land and Wildlife Program at the National Resources Defense Council, told Sputnik in an interview.

"It's science, so it's important to be accurate about what the science shows," Mall said, adding that she thinks the EPA was trying to do just that. "The science shows that fracking has led to impacts….but [The EPA] also said that the study was not, scientifically, the last word. There are gaps and limitations."

The initial statement of major findings does indeed seem to vindicate those who have decried the practice as contaminating. The report clearly says "there are above and below ground mechanisms by which hydraulic fracturing activities have the potential to impact drinking water resources."

The report outlines those mechanisms, like inadequate well construction, fracking at formations that also hold drinking water, and the inadequate treatment and discharge of wastewater.

However, the agency goes on to say it "did not find evidence that these mechanisms have led to widespread, systemic impacts on drinking water resources in the United States," explaining that "the number of identified cases [of contamination], however, was small compared to the number of hydraulically fractured wells."

That little phrase, "did not find," seems to be leading to widely differing interpretations, with environmental groups pointing out that just because the study didn't find something, doesn't mean it's not out there. 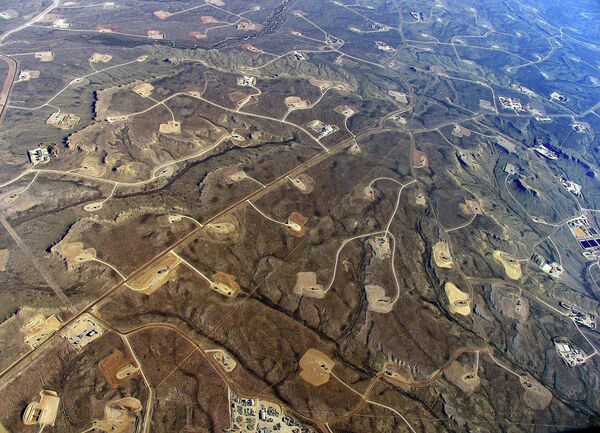 Indeed, the EPA itself agrees, and clearly says that their findings may be due to "insufficient" data, the lack of "long-term systematic studies," other unidentified sources of contamination, or "inaccessibility of some information on hydraulic fracturing activities and potential impacts."

And environmental groups cite exactly these factors as the shortcomings of this supposedly most comprehensive of studies.

The NRDC, in its formal response, called the report "limited" and missing elements that are "hamstringing its comprehensiveness," citing the same "inaccessibility of some information" and lack of "long-term" studies that the EPA does.

"The  EPA said from the beginning — for the study design — that they wanted to do baseline testing of groundwater and follow the actual fracking operation, but that they needed cooperation from industry to do that, and my understanding is that there were no companies that would cooperate with the EPA," said Mall.

"This is another example of how industry likes to keep information secret from the public…or even the scientists."

When asked about the definition of the term "widespread" and whether contamination has to be widespread to be a problem, Mall responded: "It's not clear what they really mean by that, whether its widespread within a town, within a county. I think that's really good question, I don't have an answer." 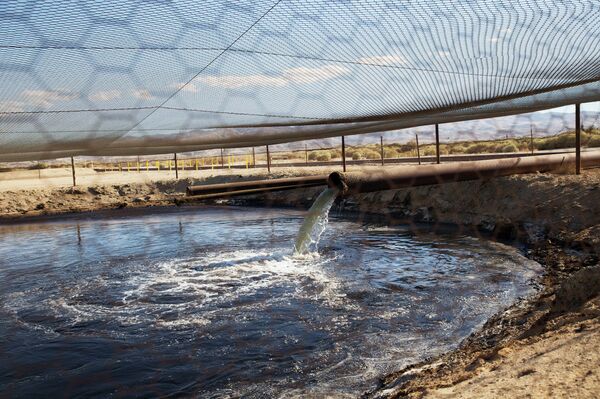 Between 2000 and 2013, approximately 9.4 million people, and 6,800 sources of drinking water were located within one mile of a fracking well, according to the EPA.
© Flickr / Faces of Fracking

From Methane And Radon, To Earthquakes And Birth Weights

Indeed, on the ground, scientists in various fields continue to gather evidence that fracking adversely affects water as well as other elements of the environment, and could well be leading to health problems for humans.

A Duke University study in 2011, for instance, found that methane levels in a sample area of Pennsylvania and New York, were, on average, 17 times higher in wells that are within 1,000 feet of a natural gas drilling site, "a potential explosion hazard."

Another Duke study from June 2013 found that naturally-occurring brine could migrate thousands of feet into drinking water, poking a hole in industry claims — like that tweeted out by API's Linda Rozett below — that fracking occurs too far below aquifers to be dangerous.

Beyond mere drinking water concerns, there have been findings that babies born near fracking sites show an increased rate of low birth-weight, that fracking is associated with an increase in carcinogenic radon, and that the process is contributing to an increase in earthquakes in formerly tectonically stable areas.

The EPA study was commissioned by Congress and the EPA's top science advisor, Thomas A. Burke, called this study "the most complete compilation of scientific data to date."

The report focused on five different activities involving water in the fracking process and their potential to pollute drinking water:

• Chemical mixing: the mixing of water, chemicals, and proppant on the well pad to create the hydraulic fracturing fluid;

• Well injection: the injection of hydraulic fracturing fluids into the well to fracture the geologic formation;

• Flowback and produced water: the return of injected fluid and water produced from the formation (collectively referred to as produced water in this report) to the surface, and subsequent transport for reuse, treatment, or disposal; and

• Wastewater treatment and waste disposal: the reuse, treatment and release, or disposal of wastewater generated at the well pad, including produced water. The study did not, then, gather new data; rather it was a review of other studies and datasets.

"This assessment relies on relevant scientific literature and data," the report explains.

The study is also careful to lay out what it does not study — impacts on air, the impact of  chemical transports, or fracking site reclamation, to give a few examples. The agency also clarifies that the report is "not a human health risk assessment." The focus is strictly on drinking water.

The agency said it reviewed more than 950 different sources of information for the report, including scientific and engineering articles already published in journals, NGO reports, industry publications, state- and federally-collected data, other publicly available databases, and case studies of residents near fracking wells who feared their water was contaminated.