Ashton Carter to Discuss Russia With US Military Commanders in Europe 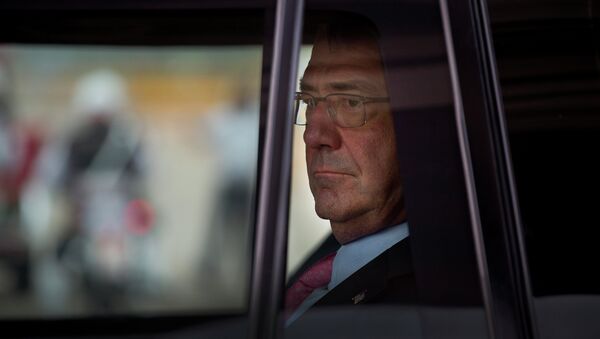 WASHINGTON (Sputnik) — US Defense Secretary Ashton Carter will discuss with US military commanders and diplomats in Europe Russia’s alleged actions in Ukraine as well as European security during a meeting in Germany on Friday, State Department spokesperson Marie Harf told journalists.

“He [Carter] will meet with US senior military commanders and US diplomats from several European countries to discuss our pasture in Europe with the focus on Russia,” Harf said on Thursday. “He will discuss the impact of Russian aggression in Ukraine on European security.”

Ashton Carter: Chinese Aggression Provokes US Engagement in Asia Pacific
Harf stated the meeting will be a good opportunity for Carter to hear first-hand from military commanders and diplomats in the field.

Fighting between Kiev government forces and independence supporters in the eastern Ukrainian regions of Donetsk and Lugansk, which started in April 2014, persists despite several rounds of peace talks.

In February 2015, Kiev and independence supporters from Ukraine’s eastern regions signed a ceasefire deal, brokered by Germany, France and Russia. The agreement stipulated ceasefire and withdrawal of heavy weaponry from the contact line. The opposing sides have repeatedly traded blame for violating the truce.