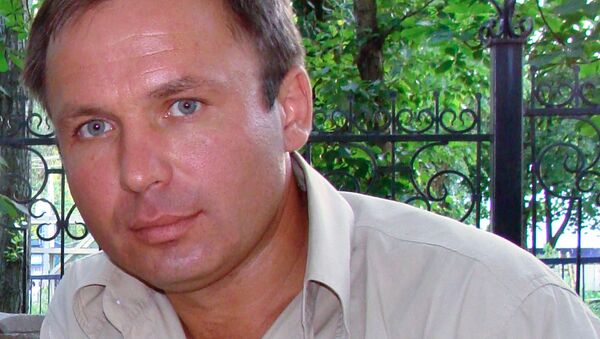 © Sputnik
/
Go to the mediabank
Subscribe
International
India
Africa
Russian pilot who is serving a 20-year prison term in US for alleged drug smuggling conspiracy, is preparing an appeal to the Russian authorities about violations of his rights.

Russia
Jailed Russian Pilot Yaroshenko Denied Medical Care by US Authorities
In 2010, Yaroshenko was detained in West Africa's Liberia following a US sting operation and handed over directly to the US authorities, despite violations of the diplomatic code. He was accused of conspiring with cocaine smugglers, but denied the charges.

"He is writing a letter to our [Russian] top officials, a request to the Foreign Ministry, the Prosecutor's Office and the Ministry of Justice about the violations of his rights [in the United States]," Victoria Yaroshenko told RIA Novosti.

In early 2014, Yaroshenko started complaining of severe heart pains. He was granted a medical examination only after numerous requests by his lawyer and Russian diplomats.