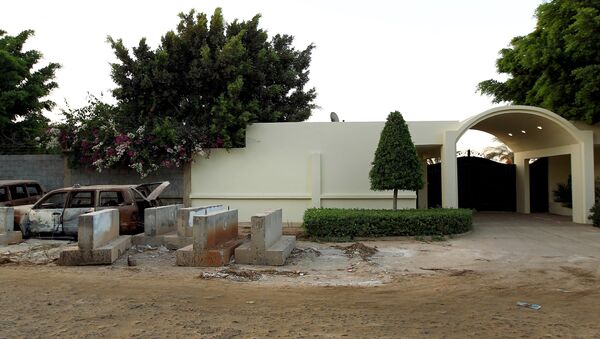 The testimony of former Hillary Clinton aide Sidney Blumenthal to the US House Select Committee on Benghazi reportedly has been deferred.

WASHINGTON (Sputnik) — The testimony of former Hillary Clinton aide Sidney Blumenthal to the US House Select Committee on Benghazi has been deferred because of scheduling issues, according to media reports on Wednesday.

“The appearance of a former aide to Hillary Clinton before the House Select Committee on Benghazi has been delayed,” The Hill reported.

On September 11, 2012, Islamic militants stormed the US diplomatic compound in Benghazi, Libya, killing Ambassador Chris Stevens and three other US government employees, and injuring ten others.

GOP Threatens State Dept Budget Cuts Over Clinton Benghazi Doc Delays
Blumenthal’s attorney said his client would cooperate with the US House Select Committee on Benghazi after being subpoenaed in April 2014 by the panel to appear not later than June 3, 2015.

Former Secretary of State Hillary Clinton hired Blumenthal at a Clinton Foundation executive position in 2011 during the rebellion against Muammar Gaddafi in Libya to offer services to Libyan rebels and to any new government that would replace Gaddafi.

Blumenthal prepared 25 memos he sent to Clinton during 2011 and 2012, which served as intelligence briefings that would be presented to Clinton by her aide Jake Sullivan.

Blumenthal also served as an aide to former US President Bill Clinton from August 1997 until January 2001.