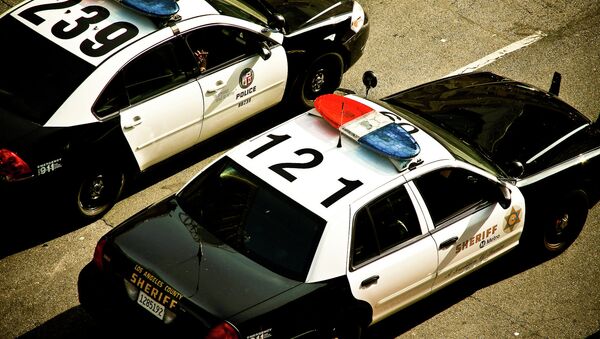 A 31-year-old police officer and his brother are being charged with a misdemeanor assault after they got into a fight at the Bay Village facility on May 27.

Over 70 Arrested in Ohio After Clashes Over US Police Officer Acquittal
WASHINGTON (Sputnik) — The white police officer from Cleveland who was acquitted in May of fatally shooting two unarmed African-Americans is wanted by US authorities for assault, local media reported on Wednesday.

“The Cleveland police officer acquitted on manslaughter charges for the 2012 deadly police chase and shooting is wanted for assault,” a report from Fox 8 Cleveland read.

31-year-old Michael Brelo and his brother Mark are being charged with a misdemeanor assault after they got into a fight at the Bay Village facility on May 27, knocking down several of its doors.

Their father Paul, however, told Fox 8 the fight had been “between brothers” and that Michael will turn himself in to police later on Wednesday.

US Police Officer Found Shot Dead in New Orleans
On May 23, Brelo was found not guilty on two charges of voluntary manslaughter in the death of two African-Americans during a 2012 police chase in Cleveland, Ohio.

Brelo fired his gun 49 times at a vehicle, killing both occupants, the prosecutors said. Brelo was one of more than 100 police officers to participate in a police chase, and one of 13 who shot at the car.

Racial profiling practices as well as police brutality have been major topics of discussion both within the United States and abroad over the past year. The issue has made headlines as numerous, sometimes violent protests have swept the country amid a string of police killings of mostly African-Americans.