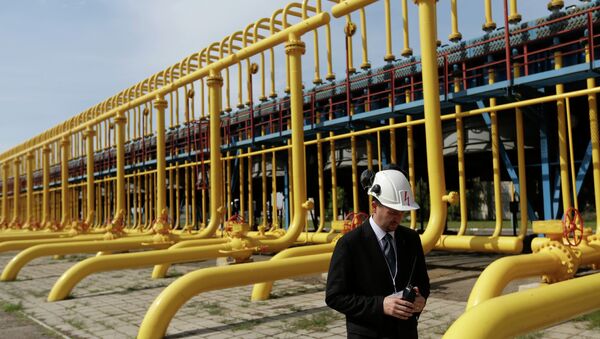 Russia wants to include Ukraine’s obligations on gas into the agreement that might be signed during the upcoming three-party gas consultations.

VIENNA (Sputnik) — Russia wants to include Ukraine’s obligations on gas into the agreement that might be signed during the upcoming three-party gas consultations between Ukraine, Russia and the European Commission (EC), Russian Energy Minister Alexander Novak said Wednesday.

Tripartite negotiations on gas are likely to be scheduled for June 20, but the final date has not been agreed upon yet, the minister told reporters in Vienna.

"Our staff members are working on the document; we would like this document to include Ukraine’s commitments on purchasing gas and injecting it into the underground storage facilities,” Novak said.

The document is also likely to include the European Commission’s commitments to provide financial assistance, because Ukraine has “a problem with the money to pay for gas injection,” according to Novak.

Ukraine is Head Over Heels in Debt for Russian Gas
If the future gas agreement included only Russia’s obligations, it would “make no sense,” the minister said.

In October 2014, Moscow and Kiev, with the mediation of the European Commission, signed a so-called winter package deal to supply Ukraine with gas until the end of March. The deal stipulated a $100-discount per 1,000 cubic meters of gas.

Moscow extended the deal for the second quarter of the year in March in light of the economic situation in Ukraine. The package is due to expire at the end of June.