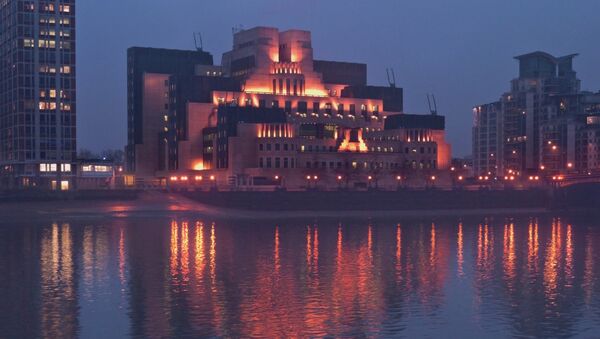 © Flickr / Skinbops
Subscribe
The case of the notorious Kincora Boy’s Home in Belfast has become even more sinister, as it has been stated in High Court that the British Security Force, MI5, shielded child sex predators from prosecution so that they could blackmail them.

Alleged MI5 Child Abuse Cover-up to Be Heard in Northern Ireland Court
"There's now substantial evidence that the Security Service were condoning that, they knew of it and made use of it so as to blackmail the abusers and prevent some of the abusers being brought to book at the time," a lawyer for one of the victims, Gary Hoy, said in a statement while seeking to have new evidence in the scandal examined by a wider Westminster inquiry.

The sordid coverup of sex crimes against children is said to have included senior politicians, well respected businessmen, and even high-level British state agents.  The boys at the school, aged 15-18, were subject to extreme sexual abuse and forced into prostitution.

In 1980, William McGrath, Raymond Semple and Joseph Mains, staff members at the home, were charged with several offenses relating to the systematic abuse of the teens in their care.  The warden, Mains, received the harshest sentence of six years imprisonment.

Hoy, who is now 53 years old, has taken legal action to attempt to force a full inquiry, which would provide the power to force MI5 and witnesses to hand over documents related to the things he and other boys endured.  Hoy and his legal team maintain that more people than those who were convicted were involved in the abuse.

"It makes me mad that they all could get away with it so easily. These people are hiding and protecting other people. I want to know who was involved and what they did," Hoy told the Belfast Telegraph. "I find the whole thing frightening, and at times am frightened that people in authority will want my mouth shut, and want it all brushed under the carpet like it had been years ago."