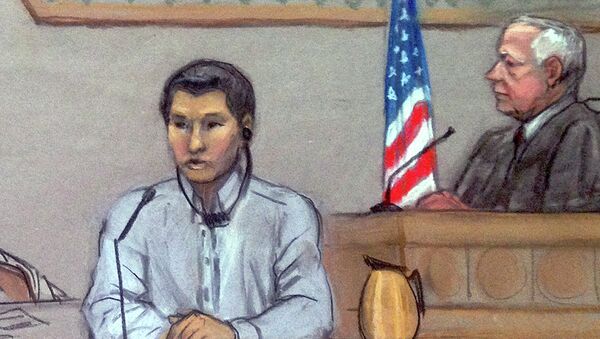 WASHINGTON (Sputnik) — A Kazakh friend of convicted Boston Marathon bomber Dzhokhar Tsarnaev was sentenced to six years in prison for disposing of a backpack with fireworks and a computer from Tsarnaev’s dorm room after the April 15, 2013 terror attack, local media reported on Tuesday.

“Dias Kadyrbayev, a college friend of Dzhokhar Tsarnaev who admitted to disposing of physical evidence connected to the Boston Marathon bombing, apologized Tuesday for his actions before being sentenced to serve six years in prison,” the Boston Globe said.

Tsarnaev Sentenced to Death for Boston Marathon Bombing
Kadyrbayev faced up to 20 years in prison, but under a plea agreement, the judge ultimately decided to sentence him to six years.

Kadyrbayev and another Kazakh, Azamat Tazhayakov, threw away physical evidence that forced authorities to search a landfill to find the backpack and computer.

Tazhayakov is scheduled to be sentenced on Friday.