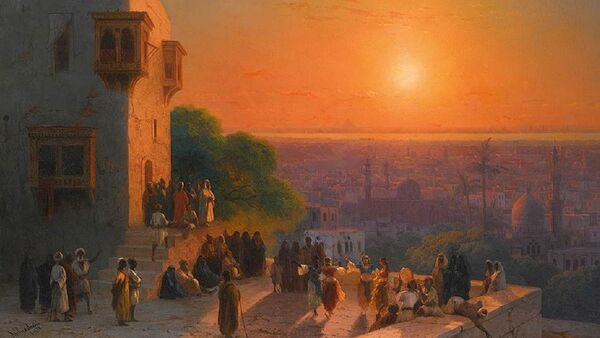 Sotheby’s Worldwide Director of Sales Communications said that Ivan Aivazovsky’s “Evening in Cairo,” which Russia has alleged is stolen, has been removed from Sotheby’s auction by request of the seller.

“Ivan Aivazovsky’s ‘Evening in Cairo,’ lot number 23, has been removed from Sotheby’s auction of Russian artworks upon the request of the consignor,” Weigman said.

The Russian Interior Ministry earlier said the piece of artwork had been stolen from a private collection in 1997.