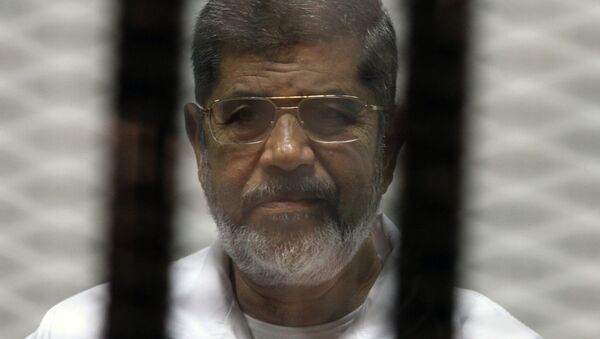 Last month, a criminal court in Cairo sentenced Morsi to death on charges of orchestrating a 2011 mass prison break.

According to Al Alam Al Youm media outlet, the Muslim Brotherhood movement is currently exploring the possibility of Morsi, the movement's leading member, being deported from Egypt if he gives up citizenship.

The news comes days after activist Mohamed Soltan, a dual citizen of Egypt and the United States who was sentenced to life imprisonment in Egypt, relinquished his Egyptian citizenship and traveled to the United States.

Morsi does not have a dual citizenship at present. Two of Morsi's five children were born in California and are US citizens by birth.