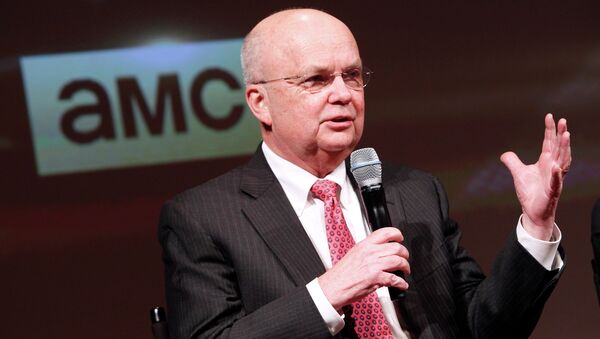 Former NSA Director Michael Hayden confirmed that the US Congress cast a vote of approval for the National Security Agency’s ability to collect US citizen’s metadata.

WASHINGTON (Sputnik) — The US Congress cast a vote of approval for the National Security Agency’s (NSA) ability to collect US citizen’s metadata, former NSA Director Michael Hayden confirmed in a statement to reporters.

“We had 388 members of the House of Representatives reach a consensus that NSA does need access to metadata because they voted for the USA Freedom Act which preserves access to metadata,” Hayden said on Monday.

Hayden confirmed that the vote in the House “extends” the NSA collection authority for six months. The Freedom Act is still being considered by the US Senate.

Patriot, Freedom Acts Unlikely to Protect US From Terrorism – Think Tank
Supporters of the USA Freedom Act in the Congress and White House alleged that the Freedom Act would end NSA bulk data collection. The Act purports to limit NSA’s ability to issue bulk warrants and outsource the data collection to telecommunications companies.

On Monday, the NSA’s metadata collection authority expired. The Freedom Act is the only option the Congress is considering to partially reauthorize NSA’s data collection program.

Hayden noted that House passed the reauthorization of metadata collection “even in spite of the court decision three weeks ago” on the unconstitutionality of the program.

In May 2015, a US federal appeals court ruled that the NSA collection program is illegal and violates the US Constitution.

Revelations on the broad extent of the NSA’s surveillance program were revealed by NSA whistleblower Edward Snowden in 2013.