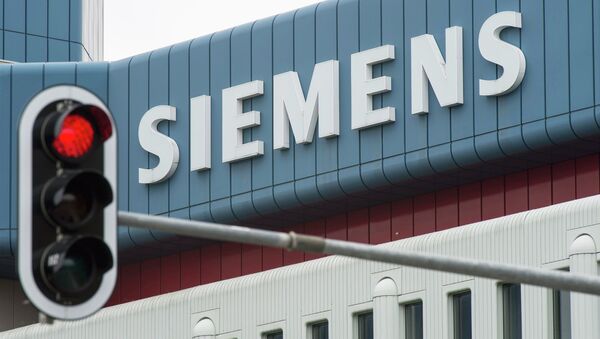 Europe is on alert: while European businessmen continue to lose money and market share due to the anti-Russian sanctions imposed by Brussels under intense pressure from the US, Washington has quietly stepped up its business with Russia.

Europe has found itself in jeopardy. While its businessmen continue to lose money due to the anti-Russian sanctions the EU was compelled to launch amid intense pressure from Washington, the US seems to be boosting its business with Russia.

Only last week the US company Bell Helicopter signed an agreement with Russia’s Yekaterinburg-based Urals Civil Aviation Plant (UZGA) for the licensed assembly of the latest modification of its Bell 407GXP light single-engine helicopter.

This is the first time that Bell has handed over the assembly of its helicopters to a foreign partner. Meanwhile, the UZGA plant is part of Russia’s Rostec Corporation, which, together with its CEO Sergey Chemezov is on the list of companies and businessmen sanctioned by Europe.

US Uses Sanctions as Policy Tool on All Occasions – Russian Deputy FM
The Boeing company, the magazine laments, also does not experience any inconveniences from the sanctions and goes on with its joint venture with Russia — Ural Boeing Manufacturing (UBM). The facility was toured in April by US Ambassador to Russia John F. Tefft, who pledged to facilitate the development of cooperation with VSMPO-Avisma, Russia’s major global manufacturer of titanium.

Meanwhile, Germany’s Siemens failed to win a billion-dollar contract for the delivery of modern trains and the construction of a high-speed line from Moscow to the city of Kazan; the $2 billion investment project has gone to China.

"The Americans have exercised great pressure on Europe to impose tough sanctions," Der Spiegel quotes Frank Schauff, CEO of the Association of European Business in Moscow as saying. "While it is worth mentioning that they themselves extended their trade with Russia last year."